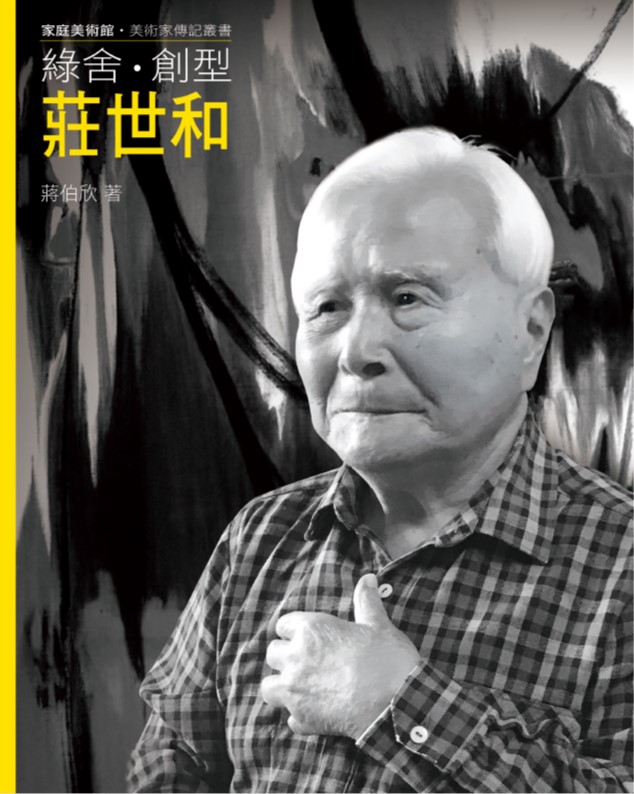 Chinese Name: 莊世和
Date of Birth: December 12, 1923
Place of Birth: Tainan, Taiwan
Did You Know?
Taiwanese abstract artist Chuang Shih-ho was part of the "20th Century Wartime Artists" school, with work built on a foundation of cubism. With his strong background in avant-garde art, his work stood out from others of his generation, and his modernist philosophy saw him become Taiwan’s first abstract artist. His most iconic works include "Melancholy of Poets," "Spring of Alishan," and "Landscape." In addition, he devoted his life to art education and expanding ideas of art, inspiring a trend for modern art in southern Taiwan.

Born in Tainan, Chuang Shih-ho moved to Pingtung with his family when he was young. While attending Chaozhou Public School, he showed a talent for painting and was moved by Miller's "Evening Bell" and decided to pursue his artistic inclination. Encouraged by his father, he went to Kawabata Painting School in Japan in 1938, where he learned basic painting techniques like sketching. In 1940, he entered the Painting Department of the Tokyo Fine Arts School, and in 1943, he advanced to the graduate school, where he studied extensively the modernist trends of the Japanese avant-garde art since the 1930s, including cubism and surrealism.

Usaburo Toyama, the director of the Tokyo Fine Arts School, Chuang's teacher and gave him close guidance, particularly clarifying the theories of the avant-garde and modernism, as well as the "Pure Painting Theory" advocated by Toyama himself, which had a profound influence on Chuang’s creative work and artistic outlook.

After returning to Taiwan in 1946, Chuang Shih-ho joined the New Art Institute founded by Ho Tieh-hua in 1952, teaching and writing articles on cubism, surrealism, abstraction and other forms of painting. He was also one of the few Taiwanese artists who actively promoted modernist painting in the early 1950s.

However, the White Terror era and the mainstream of post-war anti-communist literature were not conducive to the creation of modern art, and the Republic of China regime advocated Chinese aesthetics as a manifestation of high artistic value. During his tenure at what is now the Taipei School for the Hearing Impaired, Chuang was actively involved in the "Emerging Art Movement of Free China" and served as a member of the review committee of the foreign painting section of the Second and Third Free China Art Exhibitions. However, Chuang was not selected for the provincial exhibition because, in addition to sectarian differences, the development of the cubist school in pre- and post-war Taiwan was different, and he had distanced himself from the mainstream of Taipei’s painting scene.

In 1957, he returned to Chaozhou to teach, and in the same year he founded the Green House Art Research Association, the first painting group to be launched in Pingtung. In 1961, he founded the New Shape Art Association in Kaohsiung, organized the Creation Art Exhibition, and participated in the Southern Modern Art Exhibition and Free Painting Exhibition, promoting modern art concepts and working to boost the vitality of art in southern Taiwan.

In 1968, he was part of the founding of the Southern Modern Art Association, among other groups. In his later years, he continued to participate in local art activities, wrote art critiques, and devoted himself to art education and the promotion of expanded concepts of art, having a profound impact on the promotion and dissemination of modern painting in southern Taiwan.

Chuang’s personal creative work can be divided into three periods: Cubist exploration (1940-1952); Surrealism with literary aspects (1953-1959); and Surrealist abstraction (1961-2020). His total number of works is about 718, including 591 oil paintings, 51 watercolors, 9 inks, and 67 sketches. Among them, his most iconic works include "Melancholy of Poets," "Spring of Alishan," and "Landscape." In particular, "Melancholy of Poets" was the first work in Taiwanese art history to realize the collage technique.

In addition, his explorations of materiality along the path of surrealism were what he called "material research." After World War II, he revised and expanded this into the concept of "object" art.

In the 1960s, when there were no art critics of sufficient quality in Taiwan, the concept of the "object" was proved to arrive at the perfect time, filling in and supporting the experiments in composite media conducted by younger artists such as Li Chaojin and Liu Zhongxun. For example, his critical perspectives on Huang Chaohu and Tzeng Pei-shan were very different from the interpretive perspective coming from the northern painting scene.

On November 18, 2020, Chuang Shih-ho passed away peacefully at his home at the age of 98. He served in the education field for more than forty years, sparing no effort in promoting art education and having a profound effect not only on the development of modern art in southern Taiwan, but also in the history of local art in Taiwan.