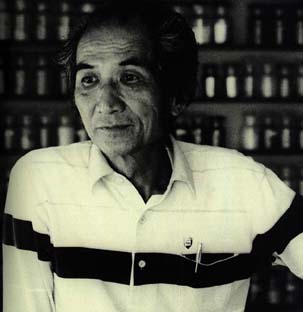 Late Taiwanese artist Lin Chih-chu devoted his life to raising the status of eastern gouache, which is also known as dis-temper or glue-color painting. Moreover, in the decades since the end of the Japanese rule, he had been at the forefront of efforts to preserve and promote this unique and culturally significant style of painting.

Most of Lin's early paintings have a moody air, including one of his most famous and his personal favorite — "Cool Morning (朝涼).” The subject of the eight-foot-tall painting is an elegant young woman wearing a kimono who stands together with a female goat and its billy goat, seemingly behind a light layering of fog against a background of morning glories. The painting, which has a quiet and auspicious feel to it, was shown in Japan at the 1940 Imperial Exhibition.

The 1940 exhibition, which celebrated 2,600 years of Japanese imperial rule, was unusual in that it was by invitation only and didn't award prizes. The selection of "Cool Morning” was a great honor for Taiwan, as was the fact that it was displayed in the place usually reserved for the winner of the exhibition's top prize.

At the time, just before he created the painting, Lin had just become engaged to Wang Tsai-chu (王彩珠). Unfortunately, furthering his career in the arts required him to continue living in Tokyo without her. Feeling enormous pressure to enter the Imperial Exhibition and pining terribly for his faraway fiancée, Lin's inspiration dried up.

Awakening depressed one morning because he was unable to paint, Lin went for a walk in the neighborhood. Deeply moved by an image of goats and climbing morning glories glimpsed through the fog, he ran back to his room to paint. He drew the waist-high morning glories much taller than they were in reality, then placed his beautiful fiancé in the foreground, her gaze fixed upon a female goat with its billy goat. The billy goat represented the daughter he was hoping to have one day.

Lin returned to Taiwan at the start of World War II, and was preceded by the reputation he had made in Japan. However, following the end of Japanese colonial rule in 1945, the Republic of China government began denigrating the dominate East Oriental-style painting (東洋畫), and promoted Chinese arts in its stead.

By categorizing glue-color artworks as a "type-two (第二部) Chinese painting,” the government laid the groundwork for future contention between Chinese-style and Japanese-style painters. The debate over what "truly” constituted Chinese painting kicked off in earnest.

In those days, there was palpable enmity for Japan and little understanding of the nature of gouache. Fine arts shows stopped exhibiting glue-color painting works, putting the style in an untenable situation. In 1974, even the provincial exhibition decided to eliminate the "type-two Chinese painting” category, and things began to look very bleak for Lin, who had for so long been the medium's champion.

In an effort to ensure that gouache survived, he began looking for ways to break through the political misapprehensions. In 1977, he began advocating the use of the term "glue-color painting (膠彩畫)” instead of "Taiwanese painting (台灣畫),” explaining that pigments mixed with water are called "watercolors,” so it seemed only natural to call a painting style that mixed glue with pigments "glue-color painting.'” This new nomenclature ended the contentious debate and helped the public recognize that glue-color painting was something unique.

The master artist passed away in 2008 at the age of 91, but most of his works can still be seen as part of the Taichung-based National Taiwan Museum of Fine Arts' permanent collection. Moreover, by conscientiously innovating and testing the bounds of glue-color paintings, he has given his chosen medium a new name and greater artistic value. 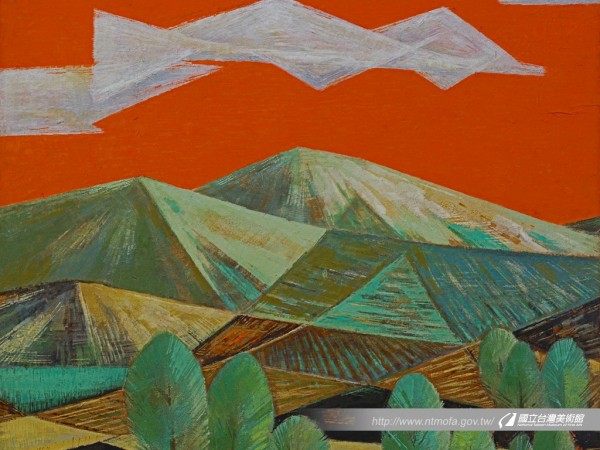