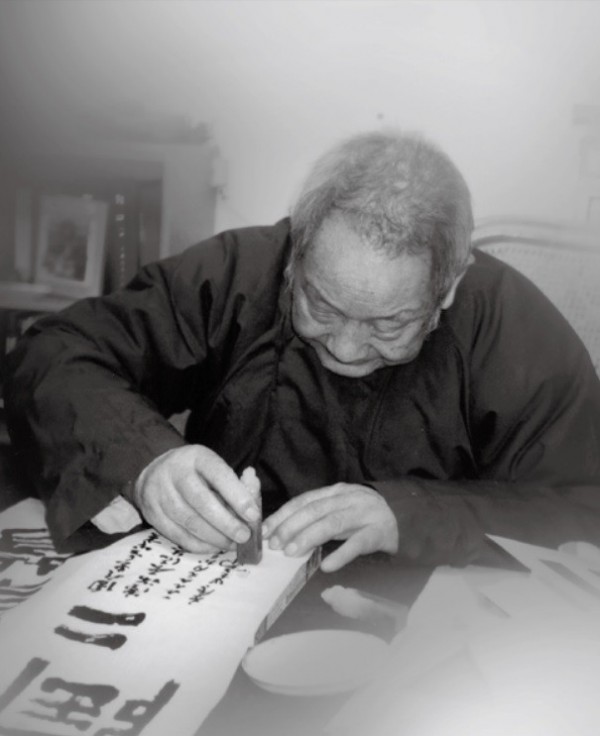 After deciding to make Chinese painting his lifelong vocation, Chang has never ceased practicing and creating since. The prominent literate received two of Taiwan's top cultural honors ― the 14th National Award for Arts and the 29th National Cultural Award ― at the age of 95 in recognition of his significance and contributions to Chinese painting in Taiwan.

Before relocatingto Taiwan, Chang used to serve as a fine arts teacher and school principal at his hometown in Sichuan. To pursue his artistic calling, Chang quitted his job to study Chinese painting when he was 28. The belief held by his mentor Fu Baoshi (傅抱石) that "a literati should endure loneliness, stand tough, work hard, and fulfill oneself” has drove Chang to work ceaselessly no matter the circumstances.

After finishing his studies, Chang served in the army and retreated to Taiwan with the Republic of China government after the Second Sino-Japanese war. Though Chang continued to work in the military, he never lost his passion for Chinese painting. He kept up in his free time and established a painting society with artists Dong Meng-mei (董夢梅) and Wu Wen-bin (吳文彬), whom he practiced art and held exhibitions with.

Chang started to work for the National Palace Museum after retiring from the military at the age of 55. While working, Chang also did research on the "Four Masters of the Yuan Dynasty (元四大家),” a collective title referring to the four representative Chinese painters of that dynasty. Chang helped to uncover the historical truth and published many essays and books for understanding the Chinese painters in Yuan Dynasty.

Chang is known for his "pointillistic texture of charred ink and dry strokes (焦墨點皺法)” technique, which he developed from using the unfinished ink on the brush tip after writing calligraphy. The usual method for clearing the brush tip is to dot out the ink on a separate piece of paper or cloth, and Chang found that he was making lines with these numerous dots. The dotted ink strokes createclear layers yet preservea sense of simplicity, thereby elevating landscape painting to another level.

Now in his late 90s, Chang still paints on a daily basis. Chang's aesthetics and attitude toward life reflects his mentor's beliefs as well as his individual philosophy, which can be summarized as: "making calligraphy and Chinese painting a lifelong vocation with all my heart; striving to be better; living in peace and following the flow.”