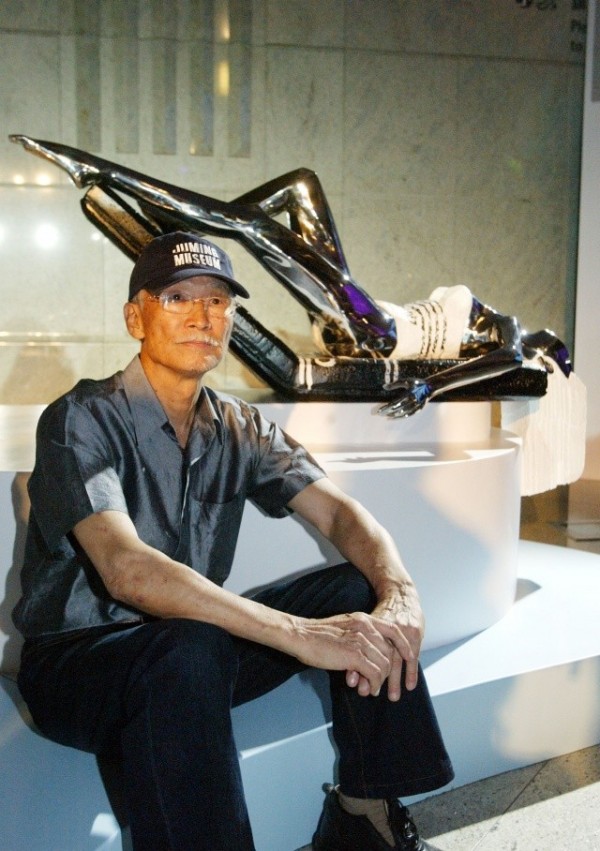 Growing up in an underprivileged family, Ju had to help support his family at the age of thirteen by working as a clerk in a shop. When he was fifteen, Ju's father asked him to quit the clerical job and join the renovation efforts of a local temple, which was led by Lee Chin-chuan.

Ju complied, and began to practice sketching and woodcarving skills from Lee. Ju worked extremely hard among all the pupils and was praised by Lee once, who stated: "Ju has two strengths; one is the ability to learn from me and another is his creativity.”

After finishing three years of training under Lee, Ju began to work as a professional sculptor. Though Ju was already a notable craftsman at that time, what he truly wanted was to become an artist. Thus, the 30-year-old determinedly asked Yang to become his mentor and began an eight-year journey of becoming an artist.

Under Yang's instructions, Ju learned to abandon the forms and skills he was familiar with in the past, and elevated his craft work to art that embodied the spirit of Chinese aesthetics. In 1976, Ju held his first solo exhibition at the National Museum of History. The featured "In One Heart Series (同心協力系列),” which took inspiration from Taiwanese folk culture, received critical acclaim.

Ju later created the "Taichi Series (太極系列),” presenting the Chinese martial art through the form of bronze sculptures. The immense statues, which express both movement and spirit vividly, were showcased and highly praised in Japan. Since then, Ju's creations have been introduced internationally through exhibitions in New York, Hong Kong, Singapore, France, and the United Kingdom.

During the 2000s, Ju created another world-renowned series - "Living World Series (人間系列)” - that used a diverse set of materials such as stainless steel, wood, bronze, and copper to present various scenes from daily human life.

Today, his accolades include the National Cultural Award and the Fukuoka Prize for the category of arts and culture. Having achieved fame does not stop Ju from exploring and challenging himself in terms of style and creativity. Ju believes that the process of creation art is akin to self-cultivation, and this has motivated him to create art with passion and ceaseless drive.