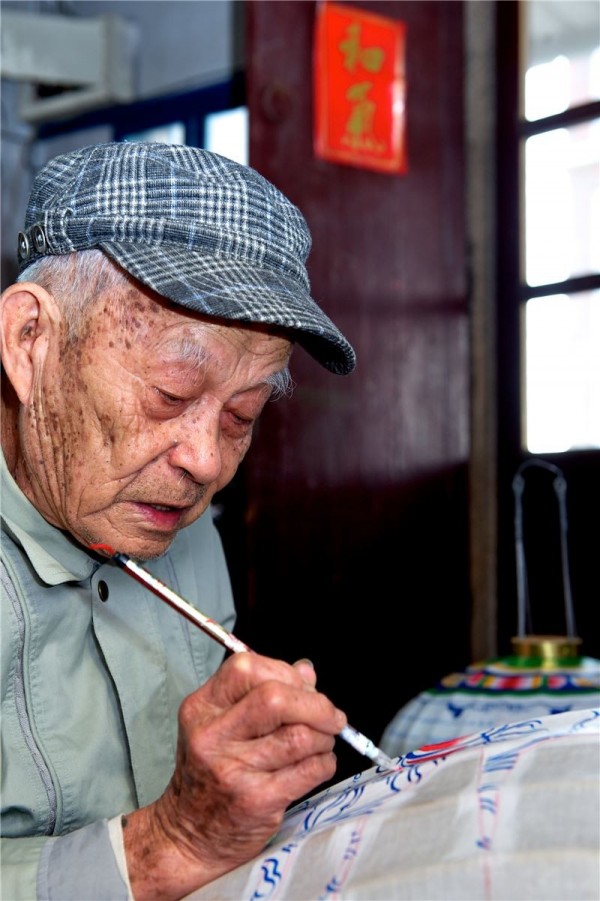 Dong was a master lantern maker based in Kinmen County. Specializing in making bridegroom's lanterns for the traditional Southern Fukienese (閩南) wedding, Dong was respected for his skills and persistence in upholding the traditional folk culture. As an important cultural preservationist, his contributions and craft skills have been registered and recorded by the Ministry of Culture.

Being the eldest son, Dong helped to support the family by making regular lanterns after his father passed away. Dong was later working as an elementary school teacher until the outbreak of Second Sino-Japanese War (1937-1945). Since Kinmen was isolated during the Japanese occupation, the residents lived with very limited supply, which prompted Dong to make his first bridegroom's lantern for a neighbor who was unable to find any for his wedding.

The bridegroom's lantern is a traditional custom of Southern Fukienese wedding. After welcoming the bride into the groom's home, the lanterns will be brought to the ancestral shrine to worship ancestors. Then the lanterns will be hungfrom the ceiling to symbolize the coming of prosperous offspring when the wedding ceremony is finished.

Made with bamboo strips from Taiwan proper, a pair of bridegroom's lanterns take roughly three days to complete. First comes the peeling, cutting, and drying, then the bamboo strips will be bonded with iron wires to create a round shape. A white cloth is then affixed, and agar is applied on the surface before painting to prevent the colors from bleeding.

Dong's talent in painting had allowed him to paint colorful and festive decorations on the lantern with Chinese titles or last names well-written in elegant characters. Dong's most celebrated paintings were peonies, lotuses, and osmanthuses that represent prosperity.

Dong did not cease to make lanterns even in his 90s. Fearing the loss of such traditional skills, Dong taughtthe techniques to his second son Dong Teng-xiang (董騰祥), thus succeeding in upholding the traditional wedding customs of Kinmen County as well as preserving the ancient craft.