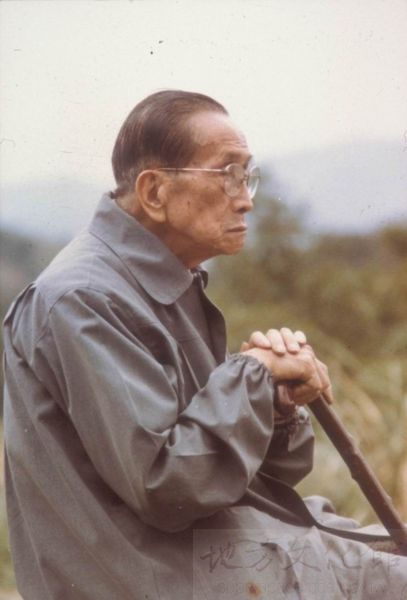 Li Mei-shu was a passionate young man who made art his lifetime aspiration. He ultimately became a venerable elder with close ties to hometown affairs in aesthetic and political fields.

Although it's been more than three decades since he passed away, Li remains a popular topic of study and his paintings are commonly divided into three phases by modern researchers based on his painting styles.

The first phase refers to the period of time between 1924 and 1948, including the years that Li studied at Tokyo Arts School and his return from Japan to Taiwan, which was then under the colonial administration of Japan.

Deeply influenced by his Japanese tutor Saburo Okada(岡田三) at Tokyo Arts School, Li applied his western skills — mainly in the impressionistic and realistic styles — liberally to his paintings during this period. He exercised his European skills in a broad range of topics that caught his eye in his hometown.

His painting, "Dusk” (黃昏), reminds art appreciators of those painted by the French naturalistic painter Jules Breton (1827-1906). Li adopted naturalistic techniques to portray the facial expression of a Sanxia farming family at the end of a hard working day. Nevertheless, the oriental faces Li represented through western painting skills lucidly distinguish the work from the French creations of Breton.

The paintings Li created between the end of the Second World War and 1977 reveal a change in style as far as the topics the artist preferred. Modern researchers classify these paintings as the second phase of Li's creativity.

The painting "Girls on a Terrace” (露台), is a prime example of the changes that took place in Li's style as he paid increasing attention to experiences in real life. The two girls in the painting were actually modeled after one single model, and the artist composed the painting using the balcony of a friend's residence in the background.

During this period of time Li had already entered the realm of politics and was overseeing the renovation project for the Sanxia Zushih Temple (三峽祖師廟). The sharp reduction in leisure time for painting might explain the changes in the artist's focus, which centered more on portraiture than on descriptions of people.

Females in particular dominate the model of portraitures Li completed during the second stage. He frequently used impressionistic techniques to portray the composed manners and figures of ladies from local bourgeois families. Compared to males, Li thought females better displayed the beauty of the human body's curves, the fine quality of skin, and their elegant taste in apparel.

After recovering from a serious illness in 1977, Li spent a great deal of time traveling with his family. He kept on painting, nevertheless turning his attention from portraiture to landscapes. The paintings Li completed from that time until his death in 1983 are otherwise categorized as the third phase in Li's creativity.

The senior artist mastered the skill of depicting changes between light and shadow, especially the changes in water current in his paintings from the final stage.

"The Woman Playing in the River” (戲水), a painting Li completed in 1979, is modeled after a daughter-in-law of the artist and reflects his memories of a family trip to a river near their home. Changing light and shadows in the river current easily catch the eye of the viewer even though they are featured at the bottom of the painting.

"Doing Laundry by the Creek” (清溪浣衣), finished in 1981, is another representative work by the artist that shows his preference for hometown scenery as well as his skill in presenting changes in light and shadow.

After his death in 1983, Li's eight children jointly established a memorial gallery in Sanxia, his hometown and the place where the late artist spent most of his life. The gallery's present site is located on the ground floor of a residential building near the Sanxia Zushih Temple, which is known as the "Palace of Oriental Art” (東方藝術殿堂) after Li's extensive renovation efforts.