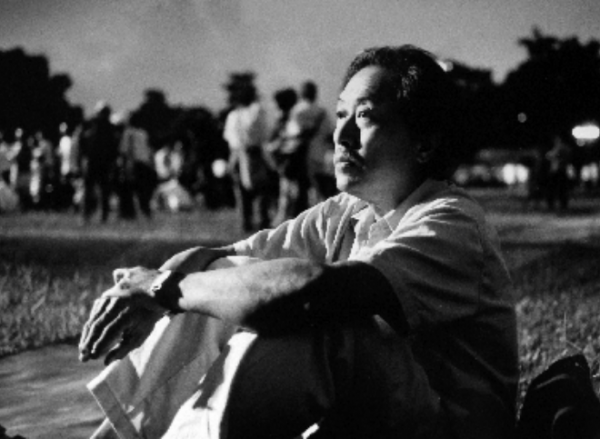 When Chang Chao-tang was named winner of the 30th National Cultural Award, many art critics were taken back by the judge panel's preference for photography over other forms of art. He was the first photographer to win the prestigious fine arts accolade in the past 23 years.

The honor lies with the fact that Chang is commonly credited for restoring credibility to his choice of medium - for exemplifying how a picture can truly be worth more than a thousand words. Growing up in the repressive Taiwanese society during the 1950s, Chang said he embraced surrealism as a form of rebellion against political and cultural stagnation.

Lin Hwai-min (林懷民), founder of Cloud Gate Dance Theatre and a contemporary of Chang's, once praised the veteran photographer for possessing "the most potent eyes for capturing beauty” and "an ability to instigate raw emotions,” calling him "the sharpest and most sensitive artist of our age.”

Chang, however, refers himself as a carefree photographer who never deliberately chooses specific subjects or targets. His works, which are oftentimes stark and bleak, are inevitable in their portrayal of desolation due to the very nature of time, he explained, for even pictures cannot bring back those fleeting, yet precious moments.

In his half-decade love affair with photography, Chang has transitioned from bulky photography equipment to modern digital cameras, although he still baulks at color prints, preferring the simplicity of black-and-white imagery. When asked about his personal philosophy in life, he simply replied that he wishes to continue "living in the moment, chronicling the past and envisioning the future.”