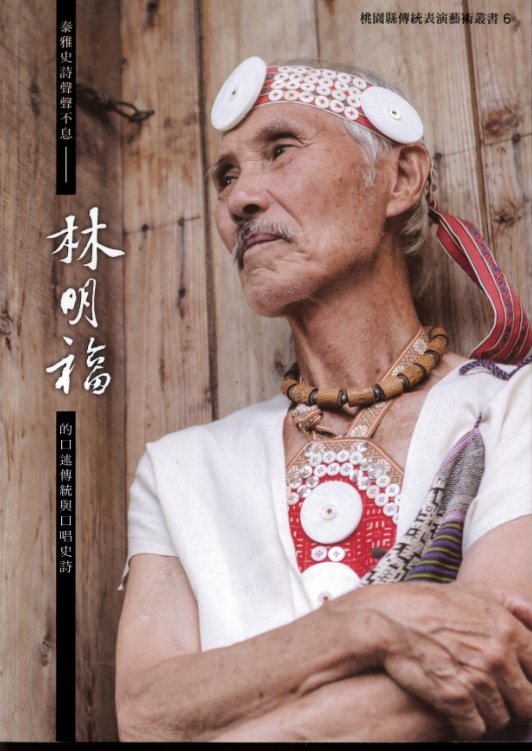 Singing the history of his people

Historically the Atayal had no writing system, and so community rules, tribal history, and culture all relied on oral transmission, especially through stories or songs. The Atayal tradition of lmuhuw — defined as "oral tradition and epic chant-song" — has been compared to the Hudhud Chants of the Ifugao, a Philippine element of the UNESCO Representative List of the Intangible Cultural Heritage of Humanity.

In 2012, the Bureau of Cultural Heritage commissioned Atayal elder Watan Tanga to serve as a custodian of lmuhuw, and he began the four-year task of studying and collecting in the following year. "Lmuhuw Dictionary — A Glossary of an Atayal Oral Tradition (1)" is the result of the joint labor of Tanga and his team of six artists (Batu Watan, Tasaw Watan, Atung Yupas, Yuhaw Piho, Pagung Tomi, and Zheng Guangbo) and 19 local Atayal elders with a deep knowledge of tribal traditions.

The "Lmuhuw Dictionary" contains examples and explanations, guided readings, 200 vocabulary entries and definitions, example sentences, regional usages, introduction to the tribal communities of the book’s writers and reporters, and a parallel corpus in both Atayal and Mandarin. The resulting publication is the first specialist glossary focused on the lmuhuw culture.

In Atayal, lmuhuw means "to thread a needle," and is used to represent a particular way of speaking — unlike the usual plain and direct way of speaking one employs in daily life, in particular circumstances and with particular audiences, one must lmamu ("select" or "pick") the appropriate words to weave a narrative. Such nimble and improvisational use of language is not only a deeply internalized part of Atayal culture, but also a valuable part of Taiwan's intangible heritage.

This glossary not only helps elders of the tribe preserve orally transmitted information that can be difficult for modern Atayal members to find, it also provides a valuable collection of cultural information, from migration routes and personal names to the origins and distribution of tribal villages. It is a reference book that reconstructs Atayal historical memories, preserves concrete and crucial records of chant-song lmuhuw, and pays tribute the tribe's unique culture.

In July 2016, Taiwan's Cultural Heritage Preservation Act was amended to include oral tradition, and "Lmuhuw Dictionary — A Glossary of an Atayal Oral Tradition (1)" is a tentative first step toward highlighting the distinctive cultural heritage of Taiwan's indigenous peoples.