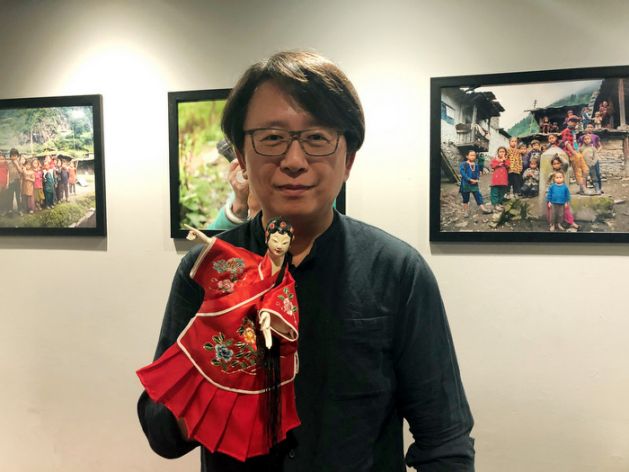 Yang Li-chou (楊力州) is an award-winning documentarian from Taiwan whose line of work has taken him to the intersections of society, politics, history, and personal past. With a natural flair for utilizing the communicative powers inherent to documentary making, Yang is one of the few in his field to have achieved both critical and commercial success.

For example, his "I Love (080)" is a disturbing close portrait of a young man, who, upon enlisting for mandatory military service, is gradually crushed by the corruption, verbal violence, and hypocrisy that fester in Taiwan's military hierarchy and conscription system. The 1999 release won the NETPAC Special Mention at the Yamagata International Documentary Film Festival.

"The reason why I film them is because I want to be someone like them, or because I can never do things they do," Yang said, explaining his decision to film Ah Cheng, a student of his and the protagonist of "I Love (080)."

"I pick up the camera and walk into his world," Yang added. "I look up to my protagonist because the freedom he enjoys is something lacking in my DNA, something I could get only through my protagonists."

Those who choose to make documentaries, Yang believes, often have high hopes for society and aim to pass on their values through their works. For him, however, documentary film-making is more a matter of satisfying inner desires. Over his career, he has made 30 documentaries, which he feels is akin to working in 30 different lines of work, and that is precisely what he loves about documentaries.

More information on the documentarian extraordinaire is available here.