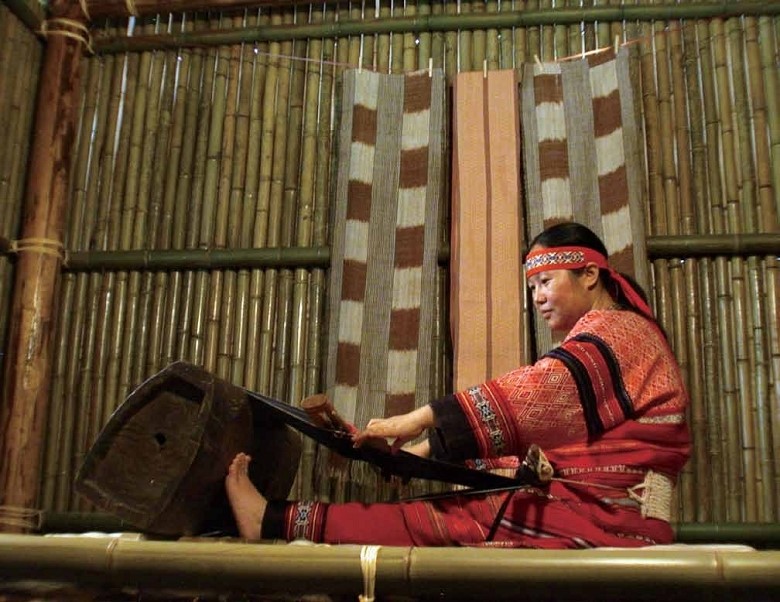 A workshop of one’s own: Yuma Taru and her Atayal weavers

Miaoli County's Taian Township was one of the hardest-hit areas of the great September 21 Earthquake of 1999, and during that time, nationally renowned artist Yuma Taru went back home and worked as a volunteer distributing relief supplies. She moved back permanently two years later when she realized that the women of her tribe needed her, and that was when she took action and established the Lihang Workshop (野桐工坊).

Taru began studying Atayal traditional dyeing and weaving craft culture to help her hometown. Similar to other indigenous communities, younger members had left to explore better opportunities in the bigger cities. The ones who remained were stuck in devastating situations and many of the women that came to the workshop harbored painful experiences.

Taru does not like to mention her weavers' past lives, for many were domestically abused or young widows, all with limited job opportunities, but still had to take up family burdens or deal with debt. The first three years were more focused on helping these women, as well as preparing them to become expert weavers. Slowly, they developed into respected professionals, and donning their self-woven beautiful clothing, they now proudly explain to visitors at the workshop the traditional Atayal weaving process.

From birth to death, weaving holds deeply significant meaning in the life's journey of an Atayal woman. Taru remembers her grandmother telling her that the traditional weaving cloth is shaped as a circle, similar to the female Atayal lifecycle. The cycle begins at birth, when a young Atayal girl is given a swaddling cloth hand-woven by her grandmother.

Then at the age of 12, the little girl will begin learning to weave her own skirts, and eventually, her own bridal dress when she gets married. She shall continue to weave for her husband and children as they grow old, and before the end of her life, she will weave her own burial shroud.

Through the refinement of traditional cultural values incorporated with modern design concepts, an age-old Atayal skills set can be transformed into new lifestyle products with both cultural depth and contemporary value.