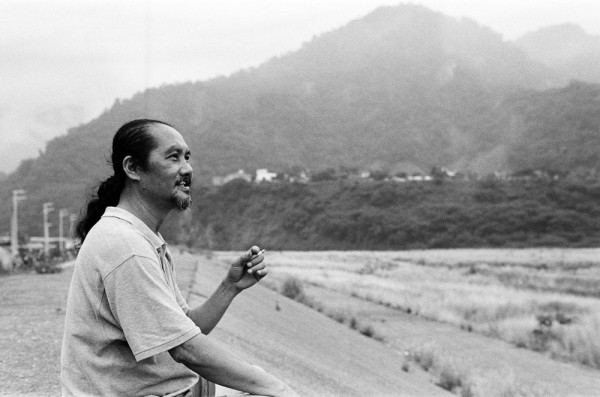 As an Atayal writer and social activist, Walis Nokan (瓦歷斯·諾幹) engages in aboriginal affairs and speaks out for indigenous peoples through his literary works. He also spearheaded a community reconstruction project after the 7.6-magnitude Jiji Earthquake of 1999, endeavoring to rebuild and revive Atayal culture following the wake of mudslides and collapsed hometowns.

During Taiwan's indigenous social movement in the 1990s when most aboriginal organizations were fighting their rights and equality by staging protests, Walis founded the Hunter Culture Magazine (獵人文化雜誌), the predecessor of the Research Center for Humanities of Taiwan's Aboriginal Peoples (台灣原住民人文研究中心),with his wife Liglav A-wu (利格拉樂．阿女烏), a Paiwan writer.

The publication covered critiques, interviews, and features that focused on pressing aboriginal issues. Walis and his wife also returned to their tribal communities for observation and immersion, reporting their findings and publishing interviews in the Hunter Culture Magazine to raise public awareness of Taiwan's different ethnic groups.

The magazine criticized the one-party state system, which oppressed the aboriginal peoples at that time, and explored methods for building up identity and common values among tribe members. Moreover, the magazine encouraged the creation of indigenous literary works.

In 1999, his ancestral Mihu tribe in Taichung County was severely damaged by the "Quake of the Century” on Sept. 21. Undaunted, Walis gathered members of the Mihu tribe and organized the MIHU Community Reconstruction Association (MIHU重建團隊) to begin rebuilding the community.

Apart from physically rebuilding houses and lodgings, the poet's vision for community reconstruction was driven by three goals, which was to revive agricultural output, empower the community by strengthening the Atayal culture, and enhance the overall quality of life.

The association established weaving and agricultural teams, creating job opportunities for tribe members to sell products that were grown and made by themselves. It has since helped strengthen communal ties and empower the tribe as a whole.

From re-telling and spreading aboriginal stories from the yonder, to publishing the Hunter Culture Magazine and participating in community reconstruction work, Nokan has devoted himself to preserving and promoting the indigenous cultures of Taiwan. He believes that Han and aboriginal cultures should be shared, so the nation's heritage would become richer altogether.

Now in his late 50s, he also serves as a teacher at the local elementary school who inspires indigenous children to write, create, and discover their own voices ... (read more)