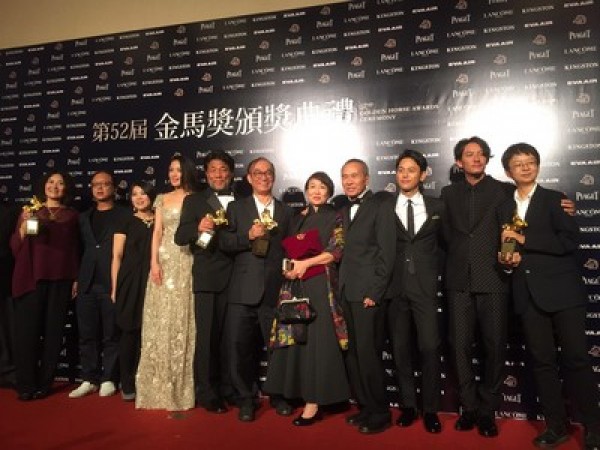 The star-studded team of Hou Hsiao-hsien

Auteur Hou Hsiao-hsien (侯孝賢), who first gained international fame with the so-called Taiwan trilogy of "A City of Sadness (悲情城市, 1989),” "The Puppetmaster (戲夢人生, 1993),” and "Good Men, Good Women (好男好女1995),” is one of the indispensable figures in Taiwan's cinematic world.

Specializing in using long takes and nostalgic images, Hou largely devotes his time to making films that depict the stories of pained individuals and the turbulent society of the past with which Hou identified with.

Hou once stated: "My motivation [to make films] is strange; I am always emotionally attached to human beings.” Many of the emotional trials he examines stems from personal experiences during the post-war period of Taiwan in the 1950s and the change in social sentiments in the 1960s.

The world-renowned director has since received numerous prizes from prestigious international festivals in Berlin, Cannes, Nantes, and Venice. Hou's 2015 martial arts epic "The Assassin (刺客聶隱娘)” also made him the second Taiwanese director to ever receive the Best Director Award from the Cannes Film Festival.

Nevertheless, a film is the cumulative effort of countless creative professionals and cannot be attributed to just one filmmaker. What makes Hou such an important figure in Taiwan's film community is his eye for talent and his relentless drive to bring together like-minded people.

Over the years, he has crafted a team of creative professionals - some whose faces or names command instant familiarity and others who prefer to work behind the scenes - who have jointly made the name "Hou Hsiao-hsien” synonymous with Taiwan cinema.

Lee Ping-bing is a critically acclaimed Taiwanese cinematographer whose unique perspective in cinematography has been praised and appreciated by many directors. He is known as "a poet of light and shadow” and has collaborated with Hou on most of his films … (read more)

As a prolific writer, Chu Tien-wen's works encompass short stories, novels, and screenplays. She has collaborated with Hou in numerous film productions, and three of their collaborations have won the Golden Horse Awards for Best Original Screenplay and Best Adapted Screenplay … (read more)

Filmgoers familiar with the auteur's repertoire should recognize the award-winning actress as the protagonist in Hou's 2001 film "Millennium Mambo (千禧曼波),” 2005 film "Three Times,” and 2015 film "The Assassin (刺客聶隱娘)” … (read more)

Lim Giong (林強) is a versatile artist who works as a singer-songwriter, DJ, composer, music producer, and actor. He played a leading role in the New Taiwanese Songs Movement in the 1990s by breaking the traditional melancholic style of Taiwanese-language songs with rock tunes. His evocative music is instrumental to conveying Hou's cinematic vision … (read more)