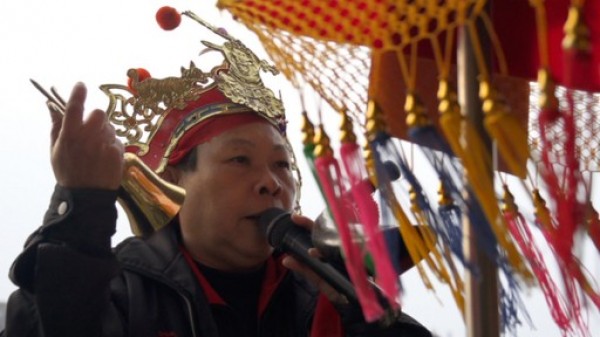 As Taiwan's highest court declares Article 972 of the ROC Civil Code, which states that marriage is between a man and a woman, as unconstitutional in a landmark ruling on May 24, 2017, Huang Hui-chen's unassuming documentary on same-sex partnerships is making waves of its own.

"Small Talk (日常對話)” won the top prize for best documentary at the 2017 Teddy Awards, which honors films with queer themes at Germany's Berlinale, and went on to capture a coveted ballot-based Festival Audience Award at the Los Angeles Asia Pacific Film Festival.

But for Huang - a woman who didn't finish elementary school, a single mother with a daughter, and a daughter who was once ashamed of her mother for bringing female lovers home - the film project started off as a personal initiative to understand her lesbian mother better after giving birth to her own daughter, Ping.

The autobiographical documentary was compiled in segments over two decades, following Huang's conflicting emotions as she lived under the same roof with a mother who kept almost everything to herself. The 150 hours of footage was edited down to 88 taunt minutes under the supervision of auteur Hou Hsiao-hsien himself.

"Small Talk” introduces the filmmaker's background as a daughter born to a forced marriage, her mother's escape from an abusive husband, and their subsequent livelihood as folk performers - her as a "leader of parade,” and her mother as a priestess.

Huang revealed that the film had a healing effect on her mother to not be ashamed of being a lesbian and a survivor of domestic abuse. As for her own future plans, she hopes to start her own film company one day to show how ordinary - or marginalized - folks are all worth more than the label assigned to them by society … (read more)