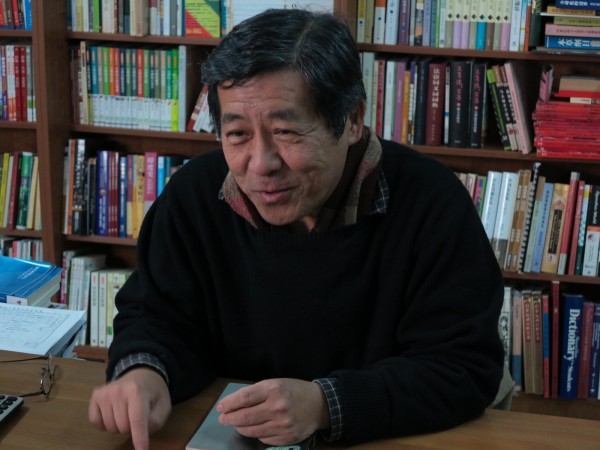 Chen Lung-hao is an avid book lover and one of the stoutest proponents of independent bookstores in Taiwan. He opened his own bookstore in 1982 to provide prohibited or scarce publications to readers during martial-ruled Taiwan, and went on to co-establish the Taiwan Association for Independent Bookshop Culture (台灣獨立書店文化協會) in 2013.

Based in Taichung City, the Taiwan Association for Independent Bookshop Culture is a non-profit organization dedicated to developing a sustainable framework for all indie bookshops across Taiwan. Chen and his fellow co-founders were seeking to reverse the decline of independent books in face of commercialized chain stores and the rise of internet.

The solution, they decided, was a personalized touch that megastores could not provide. Some independent bookstores offered their space for up-and-coming artists to hold intimate exhibitions and forums, while others partnered with local makers to offer limited-edition crafts and stationary.

Regional elements also became more pronounced at each independent bookstore, from interior decor to special sections offering materials on nearby tourist hotspots and historic sites. A handful of stores also expanded their operations to offer dining options or guesthouse services.

Chen's own Tonsan Bookstore (唐山書店) focuses on curating a selection of rare books on fringe topics or by lesser-known authors, providing quality reads such as those released by Hakka authors and Academia Sinica. His employees are also eager to recommend books and exchange ideas and banter.

The Association's efforts have gradually boosted the public profile of independent bookstores in Taiwan, and Chen has helped lead several delegations to trade fairs and literary expositions to tap into existing networks both locally and abroad. His hopes are simple - to connect quality books with willing readers.

Established while Taiwan was under martial law, Tonsan Bookstore once provided prohibited books for students eager for knowledge. With an owner who values independent thinking, the bookstore is a warm place that promotes thoughtful dialogue, diversity, and humanitarianism … (read more)

For more than three decades, Chen served as an agent who introduced non-mainstream books of literature, history, philosophy, and sociology to Taiwan. During the era of martial law on Taiwan, police even bribed his employees to find out where Chen hid his stock of banned books … (read more)