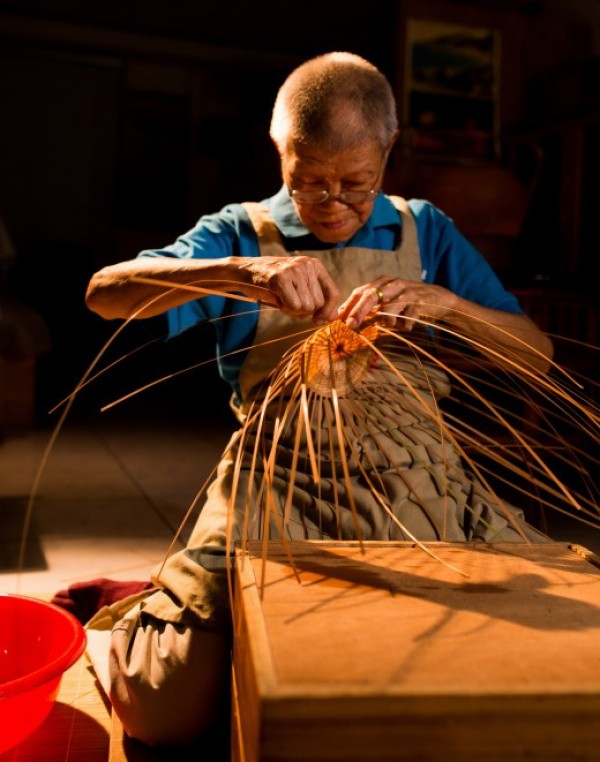 Li Jung-lieh's affair with bamboo weaving began at the age of 18, when he enrolled in a workshop founded by the highly acclaimed artisan Dr. Yen Shuei-lung (顏水龍). During his stay at the studio in his native Nantou County, Li was mentored by senior bamboo-weaving instructor Huang Tu-shan (黃塗山) ... (read more)

Li is known for his unique application of lacquer upon his woven creations, giving rise to a school of 'Basket Lacquerware.' As one of the few Taiwanese artisans who excel at bamboo weaving, carpentry, and lacquer arts, Li was selected to be the recipient of the top craft honor in Taiwan - the National Crafts Achievement Award - for the year 2013.

Li currently works with the National Taiwan Craft Research and Development Center in holding crafts workshops. In addition to mentoring younger generations of bamboo-weaving artisans, Li has also contributed to the publication of two books on crafts, one of which describes his experiences in sharing his knowledge and personal joy in crafts.