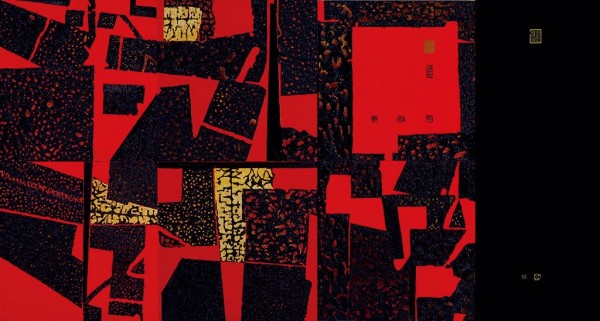 Lee Shi-chi is an iconic artist who helped modernize art in Taiwan. From the start of his career, Lee actively joined art movements across Taiwan. He served as co-founder of the Modern Print Association (現代版畫會) and was an influential member of the Tong Fong Painting Association (東方畫會). His ultimate goal was to modernize Chinese culture without losing its core values ... (read more)

Li developed the concept of "orientation (本位),” which seeks to create modern art without losing the essence of one's culture. For him, "orientation” means to orientate one's identity and actions based on ethnicity and tradition, and this is the core of all his artistic creations.