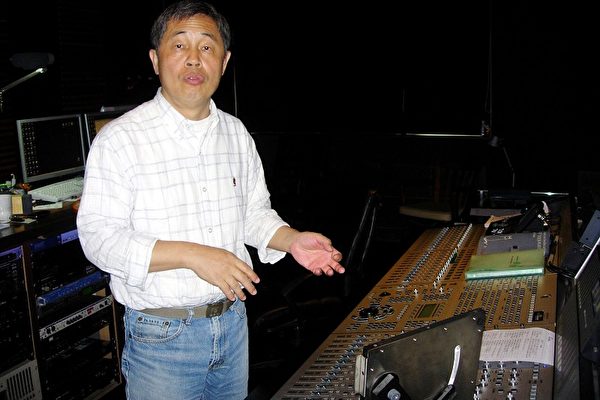 An avid collector of sound

"I don't have particularly attuned ears, but I am observant," said Taiwanese sound designer Tu Du-chih (杜篤之), recipient of a record 12 Golden Horse Awards for his technical prowess.

Describing himself as someone who "trained" with a lot of extraordinary people, Tu humbly ascribes his success to Taiwanese New Wave Cinema heavyweights who were considered impractical perfectionists for their relentless pursuit of innovation.

While many people in the industry preferred to opt for the easier, more convenient method of doing things, Tu and his crew were always seeking for better ways of completing a task.

Taking canned sound effects as an example, Tu make his first recording at a train station in Danshui in 1981 and never looked back. This meant he had to purchase new equipment out of his own pocket, but his enthusiasm also attracted directors who saw similar opportunities for change.

It was this convergence of passion and dedication that brought forth "A City of Sadness" in 1989 – it was the first Taiwan-made movie with live sound recording. Although Tu admits that Hou Hsiao-hsien, with whom he has worked together with for some thirty odd years, still makes each session a challenge with his documentary-like approach to filmmaking.

Because Hou doesn’t hold rehearsals, "you never know who will speak next, and where the people on set will walk to," he explained. "It’s impossible to be fully prepared beforehand."

But what he will do is carefully catalogue all the sound segments captured after each session. Tu has amassed over 50,000 different clips in his cherished sound trove this way, each carefully filed away with meticulous attention to details.

"In the category of 'footsteps,' one label will say: fast walking, on wet floor, with slight shortness of breath, for about 24 seconds."