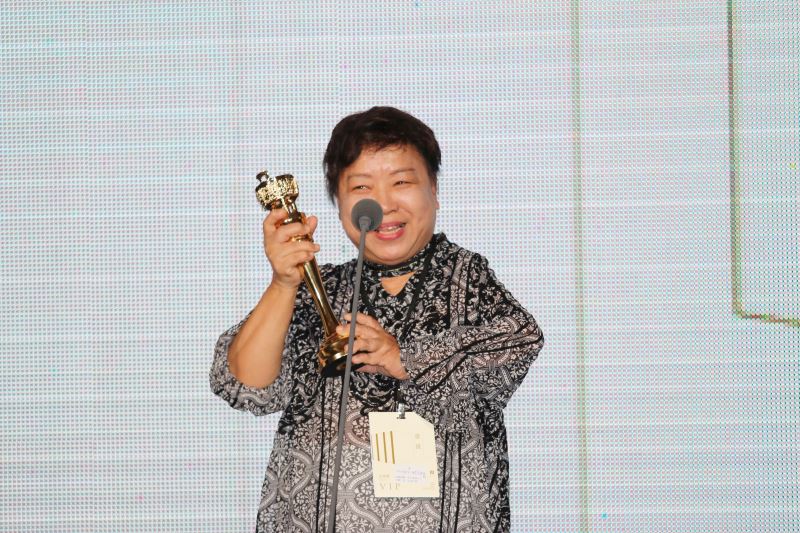 Chen Su-feng is an editor at one of Taiwan's most respected publishers, with a strict insistence on literary standards and experience in a wide range of forms, genres, and authors that have made her a trusted editor for literary creators. Not only has she worked on important elements of Taiwan's literary heritage by publishing collections of poems, essays, and short stories, she is also a strong advocate for children’s literature awards and contemporary Taiwanese children's literature.

This October, she became the recipient of the Special Contribution Award from the 42nd Golden Tripod Awards, the nation's leading honors for publishing. She has continually kept pace with changes in Taiwan's literary climate and has proven a dab hand at developing strategies to stay competitive in the modern publishing market.

Chen has served Chiu Ko Publishing Company for over 36 years, and in accepting her award, she thanked the company's founder Tsai Wen-fu (蔡文甫) for introducing her to the world of publishing. She went on to say that Taiwan has much to be proud of in the world of Chinese-language publishing, with the literary publications coming out of the country reflecting the current circumstances in Taiwanese society.

Chen concluded that each book is like a dream, and thanked all the writers she has worked with for giving her the chance to accompany them on their journeys of passion, which restored her faith in the world of literature and made her career a joy: "This is my first job... I feel lucky to be able to make a living off doing what I love."