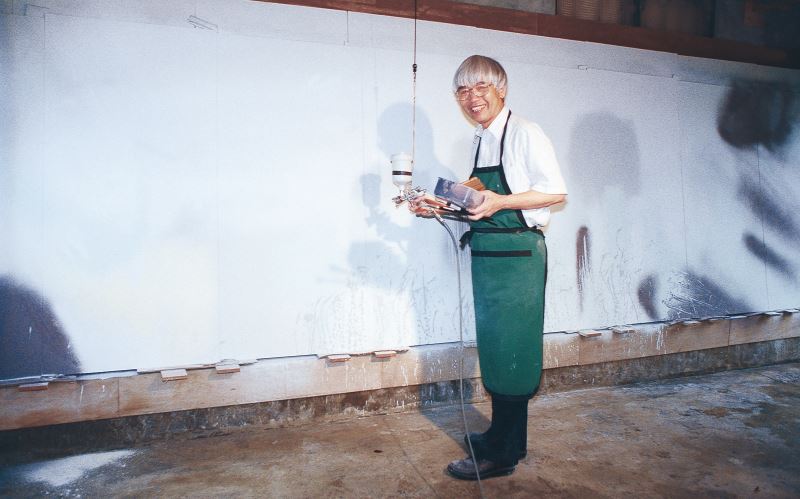 Crystalline glaze master Sun Chao is the laureate of the 12th National Crafts Achievement Awards, an honor he was selected for from a pool of 15 veteran craftspeople in 2018. The award is a reflection of his superlative craftsmanship, personality, and attitude, as well as his dedication in promoting and passing on his craft.

Born in Jiangsu Province's Xuzhou in 1929, he was recruited into the Chinese Youth Army at the age of eight after being separated from his family amid the chaos of war. In 1949, when he was 20 years old, he came to Taiwan with the Nationalist Army, retiring from service 13 years later. In 1965, at the age of 36, he passed the entrance exam for the Sculpture Program at the National Taiwan Academy of Arts.

After graduating, Sun took up work with the National Palace Museum's Technical Section, using scientific methods to study ancient Chinese glazing techniques. Through constant study and experimentation, analysis of the various glazing formulas, and the establishment of a substantial scientific archive of information, he was able to gradually reveal the secrets of the ancient approaches.

The main focuses of his research were Tang-Dynasty tri-color glazed ceramics, Song- and Yuan-Dynasty celadon, black-glazed ceramics, and Jun ware, along with the copper-glazed and blue-and-white porcelain of the Ming and Qing Dynasties. He has also expanded out into a newer development — zinc glazes. Developed in Europe in the 19th century, it sparked in him a powerful desire to go beyond the boundaries of traditional glazing.

In 1990, aged 71, Sun began to take a more free-form approach to his creations, simultaneously employing spraying, brushing, showering, and sprinkling of glazes. He also began to gradually move from bottles and vases into bolder, freer, and flatter ceramic paintings. He maintained his commitment to the scientific approach, though, by re-developing special tools, equipment, and techniques that enabled him to go beyond traditional sizes and firing approaches and thus fully express the desires of his artistic soul.

As he moved from sculpture to the study of ceramic glaze, Sun continued to create new innovations in firing, taking glaze from simple adornment to a medium of expression on par with paint. With his unique glazing techniques, he has created a distinctive set of aesthetics that lets the traces of flame make their mark on the glaze and the clay body. Through his lifelong commitment to art and an unceasing drive to develop a ceramic art style all his own, Sun has made invaluable contributions to the development of ceramic art in Taiwan.