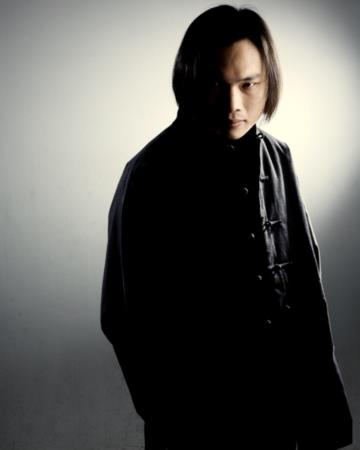 Samuel Hsuan-yu Shih was born into a family of artists, as both of Shih's parents are painters. His mother also learned pottery at well-acclaimed pottery master Leo Lee's (李亮一, also known as Li Liang-yi) Tienmu Ceramics Workshop and would take Shih with her. Here, Shih was accepted as a pottery workshop assistant at the young age of 14, and thus began his lifelong passion for clay and fire.

Shih has been producing ceramic art for over 25 years and holds the title of being the first Taiwanese artist to win prizes at Premio Faenza-International Competition of Ceramic Art in Italy, one of the four major competitions in the global ceramics community. He is also certified by the "Taiwan Crafts Workshop (臺灣工藝之家)" program of the National Taiwan Craft Research and Development Institute.

Shih first gained momentum when he started attending ceramic competitions early on, amazing judges as he amassed a large portfolio of winning works. Between 2001 through 2011, Shih sought to partake in artist-in-residence programs in Japan, Pakistan, Spain, and the United States, which greatly influenced his art design and ceramic techniques.

In the same year, Shih was invited to open a solo exhibition at the Museum of Contemporary Art in Rome, which was the first time the Italian museum ever displayed Asian contemporary ceramic art. In 2012, he received an invitation from Twinings, the official tea supplier of the British Royal Family, to make two ceramic teapots as a gift for HRM Queen Elizabeth II's Diamond Jubilee. In the following year, Shih was elected as an artist member of the UNESCO International Academy of Ceramics (IAC).

Shih's works each have personality, for they are multi-layered and complex, with meaningful decorative details ranging from barcodes to prints that each hold meaning. His works express a perfect combination of the highly difficult and strict technical nature of ceramic work while maintaining a narrative of philosophical ideas. Providing viewers with different visual experiences from different standpoints, Shih's works are meant to be appreciated slowly.

When asked about his style, Shih remarked that his works reflect contemporary culture. It may not seem much at the present, but after a hundred years, people will see his works and they would understand how culture was represented a hundred years ago. Creative works should not be defined by themes or materials, for a good creative work is one that can convey emotions, Shih added.

With his high level of international publicity, Shih has continuously and actively promoted Taiwanese works on the international stage. His purpose is to show the creative works of Taiwanese artisans to the world, and in turn, bring more international diversity and new art techniques to Taiwan to create more opportunities for younger generations and emerging artists.

Additionally, Shih hopes to establish a set of standard operating procedures on craft development, so that future generations would not need to start from scratch, but can instead directly build upon the collective experience accumulated by previous generations.

This younger generation of Taiwanese artists faces new challenges as well. Shih believes that Taiwan’s craft industries should be further strengthened with complete certification levels. Furthermore, creators should be focused on creation, while marketing, exhibitions, and events should be assisted by other professionals, but usually artisans must cover all these aspects in Taiwan, he said.

Quoting from the 1916 poetry collection "Stray Birds" by late Nobel laureate Rabindranath Tagore, Shih encouraged fellow artisans to stay focused and optimistic: "Do not linger to gather flowers to keep them, but walk on, for flowers will keep themselves blooming all your way."