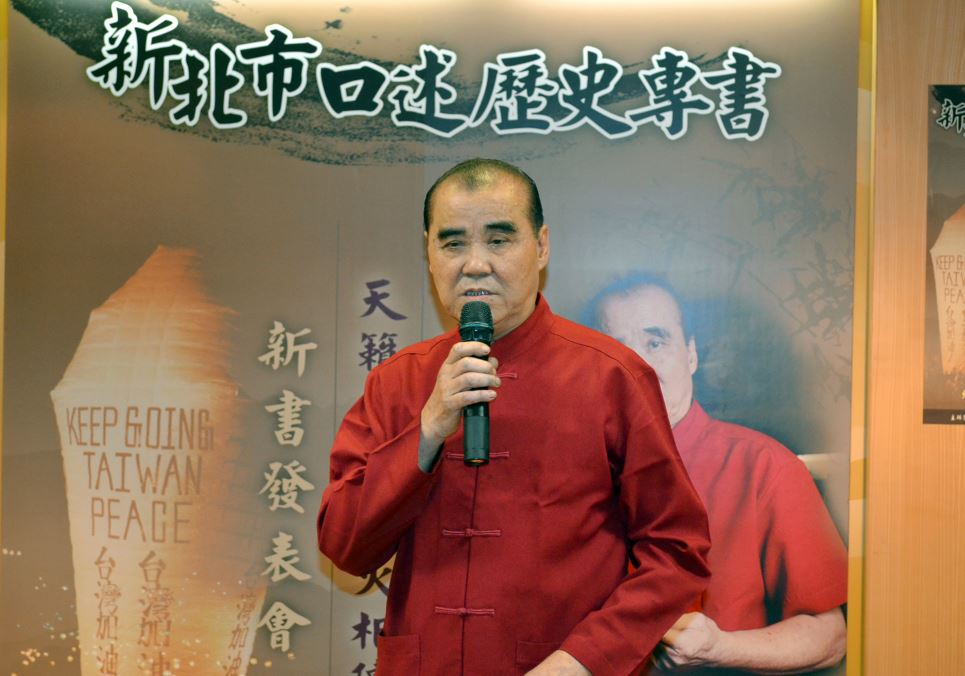 Name: 陳嘉德
Born: 1941
Birthplace: Lucao Township, Chiayi County
Did You Know...?
Before Taiwan opened up the "Three Links (兩岸三通)" between Taiwan and China, the ink that was used in calligraphy classes in Taiwanese elementary schools was almost all made at Chen Jia-de's (陳嘉德) Ta-yu ink stick factory (大有製墨工廠).


The four treasures of Taiwanese literati are brushes from Tainan, inkstones from Changhua, xuan paper from Nantou, and ink from New Taipei City, specifically Chen's Ta-yu Ink-making in Sanchong. "If you don't learn, Taiwan won't have any handmade ink." Sixty years ago, when master inkstick maker Lin Hsiang-chu said these words to the then 13-year-old Chen, he made up his mind to learn this craft despite the working environment of high temperatures and cramped spaces, and hard, dirty work.

After graduating from elementary school, Chen headed north to find job. By chance, he happened upon the world of inkstick making. With a number of makers of hide glue (one of the ingredients in ink) concentrated around Sanchong, a number of master inkstick makers were drawn to the area. At the time, the inkstick making craft was brought over by immigrants from the port city Fuzhou in southern China. At 28, Chen set up his own plant, becoming what could be said Taiwan’s first fully homegrown inkstick master.

With the opening of the "Three Links," the influx of cheap Chinese inksticks had a serious impact on the local market, leaving even Chen with no choice but to let a dozen or so employees go and to operate only the current small size factory . To adapt, Chen, with his profound inkstick making skills, sought to develop higher quality and higher value-added "pine-smoke inkstick," shifting from producing inksticks for students. After six months of trial and error and study of historical formulas passed down from old masters, Chen was finally able to get the perfect proportion of ingredients and successfully produced his new inkstick.

The main ingredients in Chen's inksticks are "pine smoke," the ashes from burning pine, along with hide glue, musk, and an aromatic used in traditional Chinese medicine, borneolum syntheticum. He insists on following the ancient methods, refusing to use lime or chemical additives. "As long as you do the best work, everyone else will follow," he says, insisting on the best materials to distinguish his handmade inkstick from mass-produced product. Chen's inksticks has not only won over many calligraphers, but also temple mediums, who prefer it for the exorcismic effects of the pine smoke. While inkstick making may seem almost defunct, Chen's efforts were recognized with an award in the Folk Crafts category of the 10th Global Chinese Culture Awards. In addition to building a reputation, Chen has also helped make the art of inkstick making more widely known.

Unable to bear the thought of losing one of the four literati treasures, Chen continues to work as hard as ever, not even entertaining the thought of retiring. And so every day, he would work kneading glue and using his nine-kilogram hammer to pound the ink mixture before using his wooden mold to form it into ink sticks and letting it air dry. It takes at least 20 days to make an inkstick, and each one requires great strength and focus. Fortunately, Chen's son Chen Chun-tien (陳俊天) expressed an interest in taking up this traditional technique six years ago.

After suffering a spinal injury in 2016, the elder Chen has been unable to work on kneading the ink, so today everyday business at Ta-yu ink stick factory is headed up by Chen Chun-tien. The small plant continues diligently working, the last bastion of handmade ink in Taiwan.