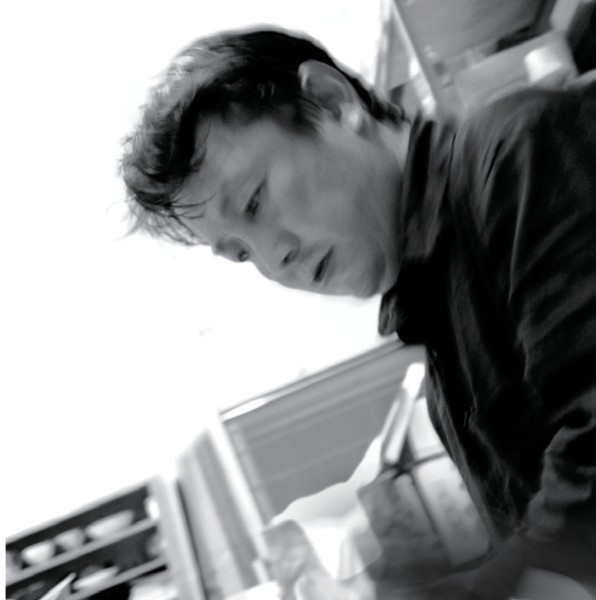 Name: 張清淵
Born: 1960
Birthplace: Pingtung, Taiwan
Did You Know...?
Chang Ching-yuan is a ceramicist who was key figure in forging a new path for contemporary ceramic art in Taiwan. In recent years, he has given a particular focus in his creative endeavors to containers of various kinds, in particular to tea sets. The making of tea sets is a growing trend in Taiwan which has been driven not only by their useful, practical nature, but further by a Taiwanese tea culture that is also booming.


Born in Pingtung, in the far south of Taiwan, in 1960, Chang Ching-yuan traveled to the United States in 1988 to begin his academic training in the world of ceramics. He majored in ceramic sculpture at the School for American Craftsmen at New York State's Rochester Institute of Technology, complementing this with minors in metalworking and metal sculpture. At the age of 31, Chang earned a Master's degree, following which he applied for a position as a resident artist and teacher at Baltimore Clayworks in Baltimore, Maryland. For his work there, he was honored by the Maryland State Arts Council for two years running—1992 and 1993—as "outstanding artist of the year."

Chang Ching-yuan went on to spend around three years at Baltimore Clayworks, and it was there that he seized the opportunity to reshape himself in his new environment, finding himself profoundly influenced by the spirit of freedom and openness that characterizes Western education, along with the emphasis on independent thinking that goes along with this.

His experiences in New York and Maryland also gave him a much deeper appreciation of the phenomenon of culture shock, as well as of how people’s perspectives, habits, and approaches to logic can vary across cultural milieux. It was during this time that Chang began to reflect as well on his own cultural and social heritage, coming to gradually realize that his connection between himself as an individual and his ostensible home culture was weak. This realization inspired him to make the exploration of cultural identity and its interplay with the value of life the fundamental task in his creative pursuit, and self-reflection became the core of his creativity.

In 1993, at the age of 33, Chang Ching-yuan decided to bring his time in the United States to an end, returning to Taiwan. Almost immediately he was recruited for a teaching position at a university, and while there, he began to commit himself to building bridges to the international community for his students, expanding their horizons and making use of his own experiences abroad.

Over time, he came to realize that sitting at the core of his queries and curiosities were the questions of Taiwan's identity on the international stage and how the nation identifies itself internally on a cultural level. Branching out further from his initial explorations of issues around cultural identity that began during his time in the United States, Chang has tried to make his creative work a means to give voice to these questions and his ideas about them.

As a committed educator and university professor as well as creative artist, Chang is determined to ensure that the university campus remains a haven for creativity. It is his belief that the campus should be a place for trying new things, experimenting, and exploring, somewhere you can make mistakes and stumble toward your ultimate path without having to fear the consequences of failure. In his teaching work, he leads not only in the classroom, but also in a far more literal sense, leading his students on trips to a variety of international events around the world and bringing them to places with reputations in the world of ceramic arts culture. He has also traveled with students to meet a number of different ceramic artists, letting his students see their works for themselves and have their eyes opened to different attitudes, approaches, and ways of thinking, not only about art, but also about life.

Chang Ching-yuan is not just a role model in his position as an educator, but also in his creative work. He continues to work in ceramic arts, and is always thinking about artistic creation, working hard to balance this with his teaching and his personal life. As long as there is the spark of a creative impulse that inspires him, Chang believes, he should constantly practice and explore new ways to interpret ideas, as well as always reviewing himself and his work so as to constantly be rebuilding a depth of self-awareness. This is the attitude that Chang Ching-yuan brings to his creative efforts.