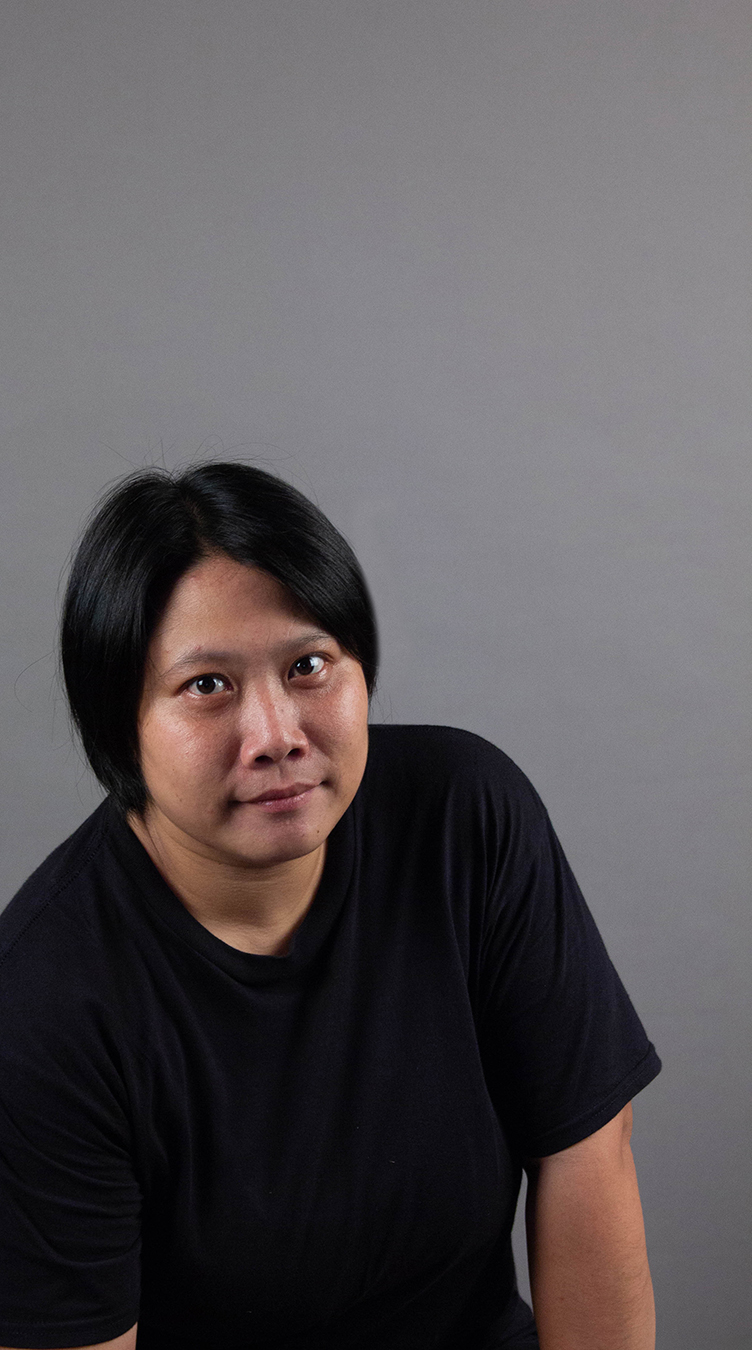 ‧Chinese Name: 陳瓊茹
‧ Date of Birth: December 28, 1982
‧ Birthplace: Taiwan
‧ Did You Know?
Chen Chiung-ju has worked in the field of ceramics for over two decades, employing a design style that tends toward a simple, clean look. The central thrust of her work—simplicity over complexity—is also symbolic of her approach to people: the ultimate in purity, refinement, simplicity, and beauty. To pursue the ultimate in making her ceramic works unique among her fellow artists, Chen pursues a cross-disciplinary fusion that incorporates exotic materials uncommon in pottery to create novel and unprecedented works.

Chen Chiung-ju’s first exposure to ceramic art came in 1998, when a friend of her father, famous ceramicist Tseng Shuzhi from Nantou, invited her to learn some ceramic techniques at his studio in her downtime from her studies of Arts and Crafts at National Chushan Senior High School. At the time, she felt that the ceramics industry was falling into decline, and so to keep her mentor’s pottery throwing techniques alive, she chose to dedicate herself to the ceramic arts.

She held her first exhibition in 2001 at the Chushan Arts and Crafts Huangshan Gallery together with Lin Tsung-han. The majority of her works featured carvings of the surrounding environment with simple glazes. At this stage, her creative endeavors mainly focused on throwing technique and traditional carved openwork. As her technical familiarity grew, the amount of clay she could confidently work with grew as well, and she began to work with “hand-squeezed” ceramics, learning to make traditional water jugs and faux-antique vases. Most of her works during this time were shaped using traditional throwing methods.

Wanting to be free of limitations, Chen attended a three-year program on spiral ceramics kneading methods at the National Taiwan Craft Research and Development Institute from 2006 to 2008. While in this program, she found herself greatly influenced by teacher Chen Jincheng. With his creations that broke through standard ideas and extremely modern methods, Chen Jincheng made use of traditional techniques to create artworks that subverted traditional ideas and opened up infinite room for imagination, which made him an artistic role model.

In 2008, she was elected the founding president of the Formosa Ceramic Research Association, and two years later, she established her own studio, Crown Craft Design, which is an all-in-one operation, doing everything from initial conception, through design, production, and exhibition, to subsequent marketing.

She has been part of the National Taiwan Craft Research and Development Center since 2011, where she has studied decorative techniques, woodworking, stone carving, jade carving, banana fiber art, ceramic 3D printing, and other exotic materials, using this ongoing development and refinement of her techniques and ideas to develop unique works with their own particular niche in the market. In addition, from 2012 to 2020, she served as a supervisor of the Nantou Ceramic Arts Society, assisting in the implementation and promotion of the Society’s affairs.

She believes that each and every technique has its own strengths, so it is vital to learn as much as possible to increase the breadth and depth of her craft, understand the cultural differences between countries, and more importantly, to integrate what she has learned into the ceramic craft she is so familiar with.

Since 2012, her work has to a large extent been inspired by master Tseng Sheng-seng, with her style oriented towards the combination of different materials, utilizing the characteristics of each medium and the strengths and weaknesses of each material or technique, each helping the other shine to a synergistic creative effect. For example, for her piece “Brewing Tea,” the wooden box can be used as a tea table and as a storage box, and all the tools for making tea are stored in it. The handles on the pot and its lid solve a common problem with hot teapots, while the coaster, made with a lathe, addresses the problem of ceramics easily scratching tabletops.

In 2019, she held the first solo exhibition of her career, “Recreation, Masonry, Wares—A Solo Exhibition by Chen Chiung-ju,” at the National Taiwan Craft Research and Development Center gallery. In 2020, she participated in the interdisciplinary exhibition "Forged, Refined" organized by the NTCRI, marking the first time that Chen Chiung-ju had publicly exhibited her use of parametric design and ceramic printing to complete exhibited works, namely "The New Art of Drum Stools" and "The Chemical Reaction of Ritual Destruction."

After more than 20 years in ceramic art, through a slew of exhibitions large and small both at home and abroad, along with a number of strong results in pottery competitions, Chen still often reflects on how to continue to push the envelope and make her works stand out from those of others, while also continuing to research and promote craft techniques and heritage.