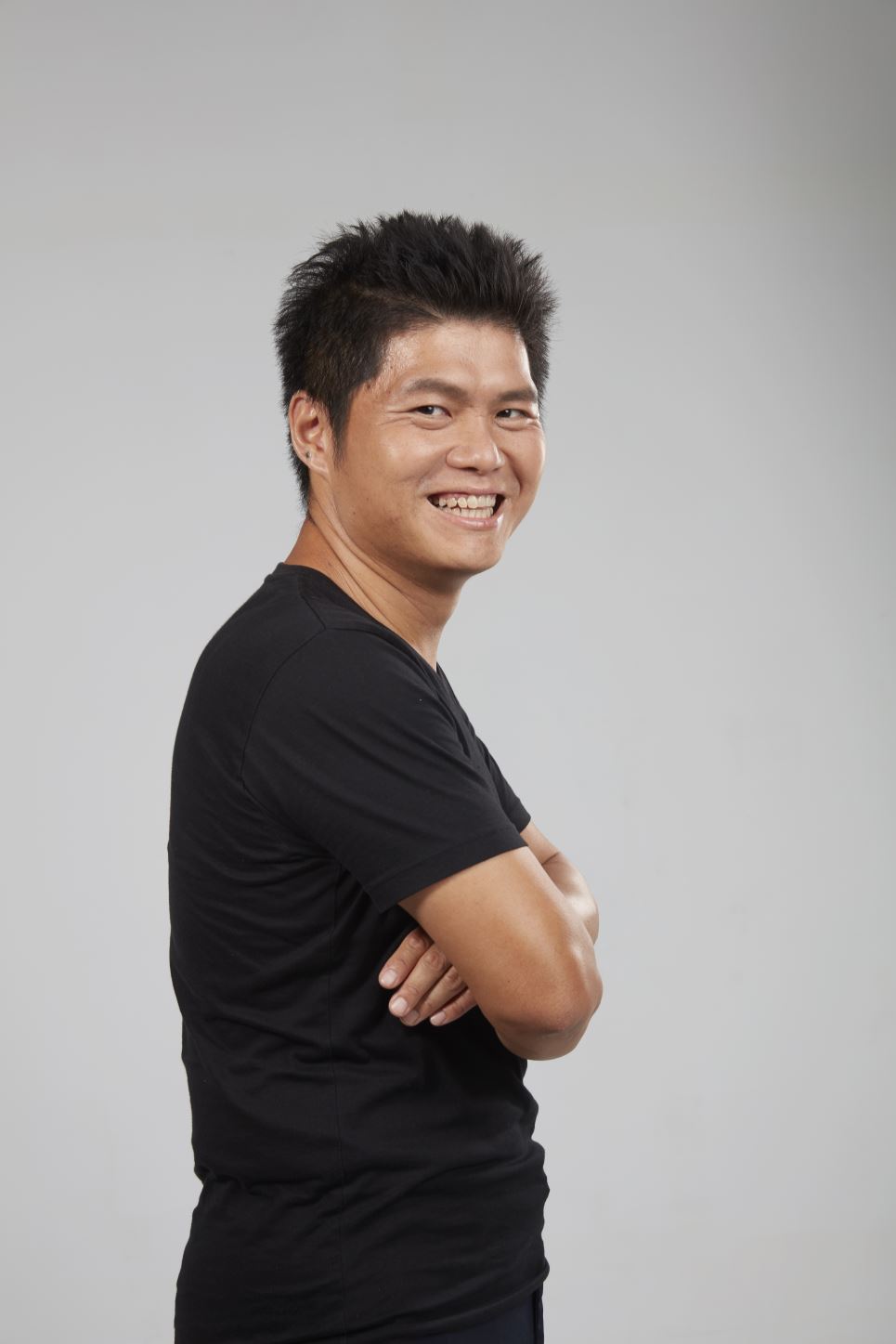 ‧Chinese Name: 陳宣誠
‧ Year of Birth: 1978
‧ Place of Birth: Tainan, Taiwan
‧ Did You Know?
Eric Chen has made himself a 'nomadic creator,' transforming the margins from boundaries into embodiments of reflection. Through his long-time exploration of the relationship between the body and the landscape, he has developed a new scale for the redefinition of architecture, attempting to use a realistic sense of the body to repeatedly experience the most fundamental values of things, making architecture into something that is "about people."

Born in 1978, Eric Chen graduated from the Department of Architecture at Chung Yuan Christian University (CYCU) in 2002. That same year, he joined the Interbreeding Field team, and in the years since, he has participated a number of spatial renovation projects, accumulating experience through practice and passing on his skills.

In 2014, Chen teamed up with artist Jen Ta-hsien and architect Su Fu-yuan on a project entitled "The Landscape of the Boundary," winning the Taipei Fine Arts Museum’s first Program X-site competition. The piece was designed to provide a space for the public to rest and engage in various activities, creating an intersection between architectural design and contemporary art.

In 2015, Chen was the leader of the team that established ArchiBlur Lab, which aims to transform society in a practical way while maintaining the spatial aesthetics of micro-living, respecting life and the land, and constructing a new imagination of Taiwan's space. Through architectural experimentation, design, and invention, they emphasize education, curation, and community research. Chen believes the problem with the current design education environment is that it is difficult for students to connect with society while they are learning. As such, his team advocates using architecture as a tool for observing and exploring Taiwanese spaces and creating works to explore the sympathetic relationship between bodies and landscapes. This is particularly well represented through their 2016 "Urban Floating Islands" series.

He also collaborated with designer Rain Wu to participate in the 2016 Taipei Biennale and 2017 Sharjah Biennale with their piece “Collectivism.” This piece uses a structure of 640 bulletproof police shields to enclose a physically accessible space, inside which is a garden. The piece presents a juxtaposition of the organic and the ordered and creates space where people can linger and reflect on the conflict between individuals and institutions in recent civic movements in Taiwan.

In 2017, Chen took part in the Palestinian Museum's inaugural exhibition, entitled "Jerusalem Lives," with his work "Threshold of Being," a structure of staggered heights, which obstructs the continuity of the land through spatial forms, separates people, and at the same time consolidates new norms of differentiation in order to express the present situation and circumstances through art.

The following year, Chen presided over "Responsible Cronyism Settlement," a project that grew out of the Taiwan Contemporary Culture Lab Experimental Architecture Program launched by the Ministry of Culture. Since 2017, he has been in residence at the Lab, conducting an experimental architecture program that includes international lectures, workshops, performances, and live discussions of practice. The project attempts to explore possible new starting points for architecture by combining the "productive" nature of negative space with relational, public, social, and political-economic thinking.

Over the years, Chen has received numerous awards, including the 2014 TID Gold Award in the Exhibition Space category, the 2015 Red Dot Design Award, the 2015 Hong Kong Institute of Architects/Cross-Strait Architectural Design Award, an Excellence Award and Bronze at the 2015 A’ Design Awards in Italy, and a Special Award at the 2016 ADA Awards for Emerging Architects.

Eric Chen believes that architecture is not just an object to be thought about in terms of floor space and size, but a system and a medium for the formation of networks, as well as something closely related to the cultures, living environments, and styles of ordinary people, so it is worth exploring in greater depth the measures by which we can respond to changes and events through architecture, and perhaps through these responses, in some small way have our own impact on society.