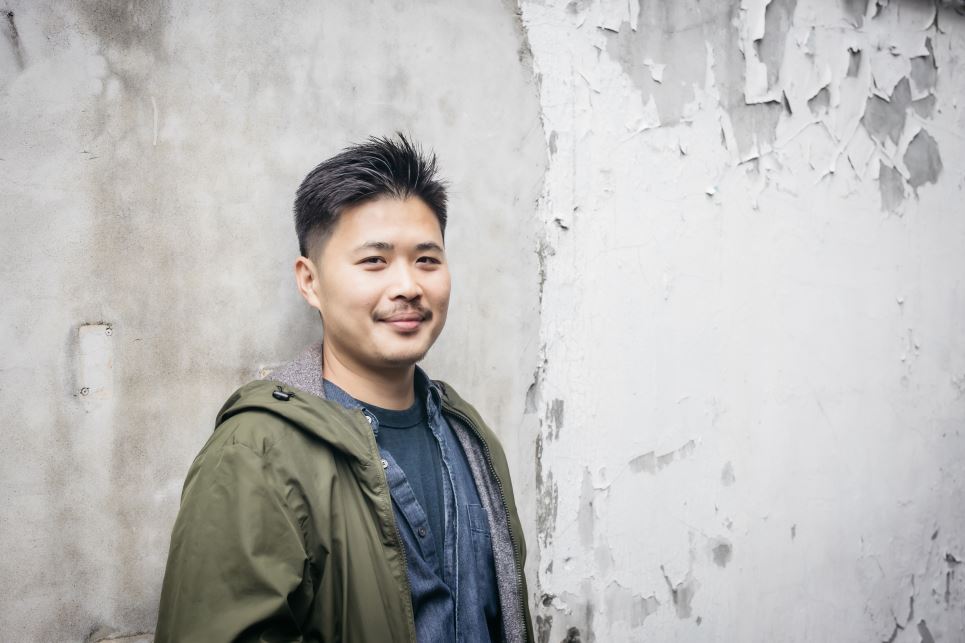 ‧ Chinese Name: 張碩尹
‧ Year of Birth: 1982
‧ Place of Birth: Taipei, Taiwan
‧ Did You Know?
Based in the UK, Taiwanese artist Chang Ting-tong works in a wide range of media, including installations, painting, performance, and video, combining different fields of knowledge like science, biology, and biodynamics to reflect on the relationship between people, technology, and society. He is well versed in performance and installation art, asking the hard questions about society through practical action and speaking about social issues as he sees them through the language of bold, provocative art.

Chang Ting-tong majored in Advertising as a student at National Chengchi University. On the eve of his graduation in 2005, he and his university classmates formed a group called "Mountain Guerilla," leaving many graffiti works on their campus and arousing a lively discussion among the students and faculty of National Chengchi University about campus space and graffiti art. Chang later expanded his scope to the streets, operating under the name "Bbrother," named for the Big Brother figure from the novel "1984."

On an artistic level, his early graffiti did not emphasize expressiveness, but rather the relationship between image and locale, and they were created in black and white using stencils. He converts photos or pictures into digital files and edits them on his computer into stencils, and then he takes them to the street to make into graffiti. For example, his 2006 "Old Photo" series takes old photographs taken by famous Taiwanese photographers like Chang Chao-tang, Hsieh Chun-teh, and Liu Chen-hsiang, and transforms them into templates to put them on show in communities, ruins, and the urban fringes, exploring the issue of historical images and localities.

After 2008, he switched to colorful ink graffiti combined with traditional art techniques, creating a distinctive personal style. That same year, he was invited to participate in the Taipei Biennale under the name of Bbrother, the first graffiti artist in Taiwan to have their works exhibited in an art museum. With his work 'Beyond the Wall,' he used spray paint, charcoal, and stencils to paint a large camouflage mural 18 meters long and four meters high in the exhibition hall of Taipei Fine Arts Museum, making an imitation of a militarily defensive wall and highlighting the tension between the work, the venue, and the audience.

After five years of working as a full-time graffiti artist, Chang felt his passion cooling and stopped seeing graffiti as a challenge. At the same time, he felt tormented by the frequent misinterpretation of his works by the outside world. In addition, he began to reflect on the artistic nature of graffiti as bold and explicit, a kind of rebellion against power and a way for the youth to express their concern for social issues through the power of solidarity, but he found that these actions were failing to really get to the core of the problems facing society. After this, he decided to study in the United Kingdom to explore new possibilities. However, he emphasized that setting aside the identity of Bbrother did not mean that he was abandoning his concern for social issues.

In 2009, Chang entered Goldsmiths, University of London, and threw himself into the world of art with mechanical installations, going by the new nom de guerre of Chang Ting-tong. His creations have since no longer been limited to specific categories. "The main premise is to be able to fully interpret concepts and further change narrow views of the world," he says. Chang also hopes that his current creations will have the same impact on young people as his past works, and further, that they will capture the attention of and convey more important messages to the world.

In 2020, he returned home from London due to the Covid-19 pandemic, and his work "Betelnut Tree, Bird’s-Nest Fern and African Snails" received first prize at the Taipei Art Awards 2020. This piece records his life experience from London to Hualien’s Fengbin Township and his ultimate realization that "there may be no such thing as a distinction between the local and the international."

Today, Chang creates machines that are sometimes functional, sometimes broken, and sometimes self-destructive. His approach focuses on the relationship between man and machinery, society and production mechanisms in an industrial world, and the production logic and historical significance behind each object.

The awards that Chang has received over the years include the Edinburgh Creative Initiative Award, the Royal Society of Sculptors Bursary Award, and the Hong Kong Art Central RISE Award. His works can be found in the collections of the Taipei Fine Arts Museum, the Embassy of Brazil London, Noblesse Collection Seoul, JM SR Collection Mexico, and private collections in Asia and Europe.

Recent solo exhibitions have been held at Kunstkraftwerk in Germany, Asian Art in London, and the Taipei Fine Arts Museum; he has also participated in group exhibitions and commissions for the Guangzhou Triennial, Taipei Biennial, Compton Verney Art Gallery, and the Wellcome Trust.

Whether it is graffiti or multimedia art, Chang's ideas are always related to collaboration, from early works like "The Squatting Movement" to pieces after his relocation like 'Whence Do You Know the Happiness of Fish?' and 'Spodoptera Litura,' the more recent 'Ten Thousand Spirits,' held in collaboration with Korean shamans, and even curating exhibitions with scientists and biologists. Throughout, his concepts are mostly related to people and ecological cycles or viewing the transformation of energy through insects, plants, and people.

His creations show a life that has evolved in stages, that revolves around his art projects, and that has made art a part of him. They show a life that continues to be driven by expressing his concern for social issues through his art.