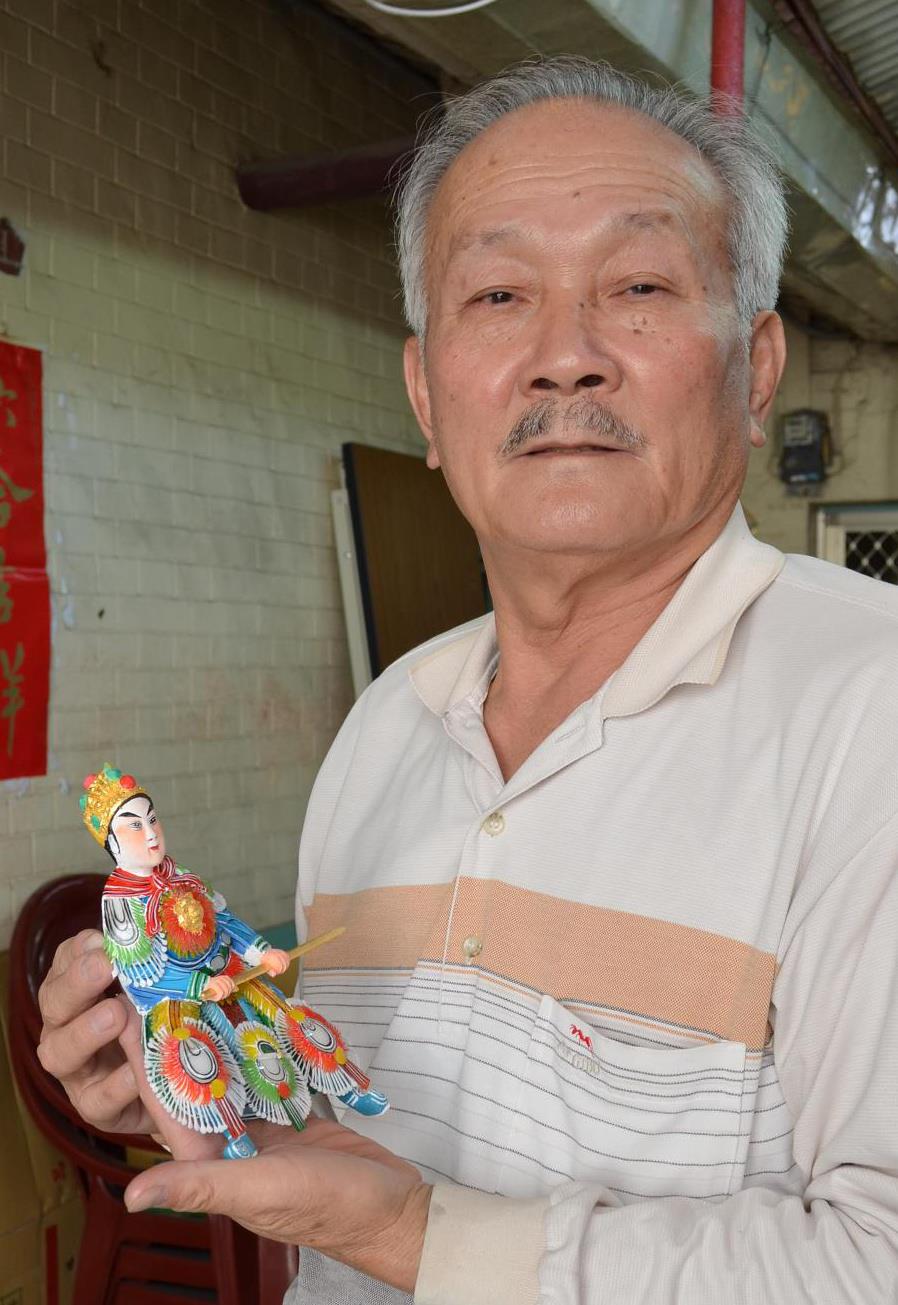 ‧ Chinese Name: 呂興貴
‧ Year of Birth: 1948
‧ Place of Birth: Tainan, Taiwan
‧ Did You Know?
Lyu Sing-guei is a recognized cultural heritage preservation skill preserver for the art of cut-and-paste ceramics, a master of his craft who creates delicate and exquisite pieces that seem almost alive. He began learning the art from national treasure Wang Bao-yuan at age 14, becoming the fourth generation heir of the He Jinjong School and learned two traditional techniques: kòng-thuî (cutting the glass into matchstick-like shapes) and jiamao (cutting tiles into thin length) techniques. Lyu has worked in cut-and-paste ceramics for over six decades now, and has dedicated himself to the teaching and transmission of this ancient art to ensure that it can continue being passed down from generation to generation into the future.

Lyu Sing-guei is originally from Guantian Township in Tainan, later settling in Tainan's Guanmiao Township. He was the eldest of eight children, growing up in a family of difficult financial circumstances. As a result, to ensure he had enough to eat and also to acquire a vocation, after finishing elementary school at the age of 14, he joined the Wang family as an apprentice. Initially, he studied cut-and-paste ceramics under national treasure Wang Bao-yuan’s father Wang Shi-fa, but as he was living under the same roof as Wang Bao-yuan, he began getting frequent guidance from the younger Wang as well, eventually becoming his second apprentice and, ultimately, the fourth-generation heir to the cut-and-paste ceramics school of He Jinlong, originally from Chaozhou.

The He Jinlong School of cut-and-paste ceramics is most recognizable for two fundamental techniques, kòng-thuî and jiamao, While they may be fundamental, they also demand a great deal of time and patience to execute, even though they may only be used on the corner of a figure's sleeve. Such fine details, however, are what reveals the artist's true craftsmanship and, more importantly, their attention to the finest of details.

Jiamao creates shapes in two basic forms—the matchstick and arch—which are generally arranged in tight circles to decorate things like warriors' armor, creating a slight sense of draping and hanging. The technique begins with picking a piece of glass that matches the color, then taking a pair of tweezers and trimming that tiny piece to a length of less than a centimeter and a tremendous thinness so that later, like an unfolded feather fan, it can reveal the softer details that heavy ceramics cannot show. Kòng-thuî, meanwhile, is a technique employed on the edges of clothing and in sizes similar to those used in jiamao, requiring fine cutting to create rounded tops and long, thin, matchstick-like shapes.

Wang Bao-yuan considered a mastery of jiamao to be the minimum threshold for his apprentices, who would spend entire days diligently practicing the technique at home when rain meant they couldn’t go to the workshop. Among those apprentices, Wang singled out Lyu as the best among his apprentices in the art of jiamao. When he was at his fastest, he could cut as many as ten jiamao in an hour; a minimum of 205 are needed for a general’s battle armor.

According to Lyu, his apprenticeship was not easy, as Wang Bao-yuan was a strict master who naturally subjected his apprentices to rigorous training. In addition to learning the skills of the craft, he also had to take care of other tasks like cooking for his master, doing laundry, and preparing materials for the next day’s work, often working deep into the night. However, he also added that Wang treated him quite generously, and that’s why he continued to apprentice under him.

Lyu’s works can mostly be found in central Taiwan, which is also where the greater concentration of temples in Taiwan can be found. Iconic projects involved the Taizi Temple and Yuewang Temple in Rende District, the Guanmiao Buddha Temple, and Shanxigong.

In 2013, the Tainan Municipal Administration of Cultural Heritage held the Wang Bao-yuan Cut-and-Paste Ceramics Workshop at Soulangh Cultural Park. Since Wang Bao-yuan was 85 years old and in semi-retirement, the second session was led by Lyu Sing-guei.

In 2015, at the age of 67, Lyu began to feel that his physical strength was not what it once was, so he switched to selling pineapples. While he stopped doing cut-and-paste ceramics as a profession because of his health, his passion for the art remained as strong as ever, and he has continued to teach and pass on the skills and techniques.

The Tainan City Government considers Lyu to have developed a full grasp of knowledge and techniques around cut-and-paste ceramics, as well as ably contributing to its preservation. With his high degree of commitment to this piece of cultural heritage, as well as the ability to communicate and provide advice around how it should be preserved, the Tainan City Government named Lyu a registered cultural heritage preservation skill preserver for cut-and-paste ceramics on October 12, 2017. This made him the first person in Taiwan to be registered by a local government.

Lyu Sing-guei has worked in cut-and-paste ceramics for over six decades now, and is now dedicating himself to the teaching and transmission of this ancient art to ensure that it can continue being passed down from generation to generation into the future.