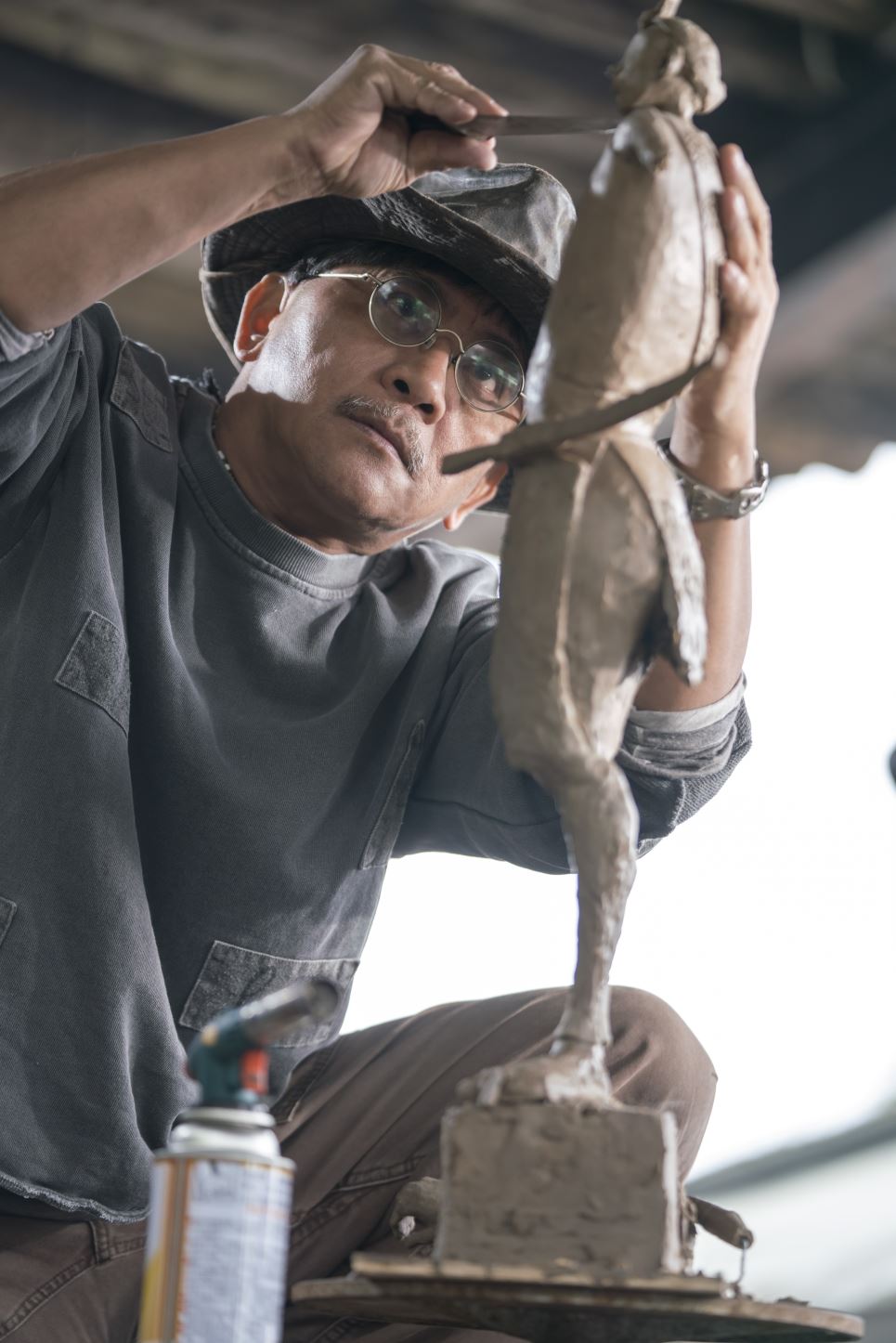 Chinese Name: 撒古流･巴瓦瓦隆
Date of Birth: 1960
Place of Birth: Pingtung County, Taiwan
Did You Know?
Sakuliu Pavavaljung is an iconic artist with deep creative links with the indigenous peoples' movement in Taiwan. He has transcended the vision of the modern nation and invests his artistic life in the pursuit, preservation, and re-creation of traditional culture. Through a full range of artistic and social practices, he has not limited himself to any field, establishing an indigenous school as a demonstration of cultural self-awareness. In 2018, Sakuliu Pavavaljung was recognized at the 20th National Award for Arts.

Sakuliu Pavavaljung was born into the Pulima ("pulima" being Paiwan for “those with refined craftsmanship," "the able-handed," or "those with the power to implement") of the Malang ("unleashed beauty") clan in the Paiwan village of Tjavadran in Sandimen Township, Pingtung County. Tjavadran is the oldest indigenous village of the northern Paiwan Raval nation, having stood where it stands for more than 400 years. Sakuliu Pavavaljung comes from the Pavavaljung family, the civilian leader of the craftsmen of the village. His father and grandfather are both excellent and respected craftsmen in the village, and he himself is skilled at the crafting of knives, sheaths, bows, arrows, nose flutes, and mouth flutes. His mother, kina Peleng, excels at weaving, embroidery, knotting, and folk botany, and is recognized for her skills as a singer of the village's ancient songs. As such, Sakuliu Pavavaljung grew up surrounded by an artistic atmosphere from an early age.

In 1978, he graduated from the Electrical Engineering Department of Pingtung Nei-Pu Senior Agricultural-Industrial Vocational High School and set up a studio in his hometown, getting involved in the production and teaching of woodcarving, stone carving, and traditional pottery. The following year, he also earned his electrician’s license and set about working as a plumber and electrician for his hometown. In 1981, he was transferred to work as a plumbing and electricity technician at the Sandimen Township Office, responsible for the maintenance of streetlights and tap water for the township. At this time, Sakuliu Pavavaljung was deeply affected by Christianity and the government’s Sinicization policy, becoming increasingly conscious and sentimental about his native culture and how it was rapidly disappearing. While repairing the plumbing and electricity in the township, he began taking a notebook with him as he visited the elderly so he could do his own "fieldwork," recording the traditional culture and oral history of the Paiwan people and sketching the carvings and clothing patterns he saw. As he rapidly accumulated notebooks, his spirit began to surge ever more strongly, and in 1984, he was finally driven to resign his job as a civil servant to focus on artistic creation and the revitalization of his native culture.

Sakuliu Pavavaljung turned from small-scale wood and stone carvings to large-scale creations and even plunged into the production of ancient pottery, which is one of the three treasures of Paiwan culture, making village elders marvel at the reappearance of this lost technique. Soon, his clay pots became a must-have gift for northern Paiwan weddings, breaking the traditional custom that only aristocrats could give clay pots at their ceremonies and making them into an iconic symbol of the Paiwan people as a whole. After that, he continued to experiment with various media and gradually expanded into large-scale public art sculpture, landscape gardening, and the improvement and construction of traditional slate houses and iconic stone villas. Through the opportunities presented by large-scale art projects such as public art and housing, Sakuliu Pavavaljung invites tribal elders and local youth to work together, further facilitating the passing along of traditional skills and cultural philosophy, as well as using the events as a way to unite the hearts of the village.

Throughout, he has continued to accumulate notebooks, actively collating cultural knowledge, totems, and so on from elders and ancestral spirits and publishing them in book form, including "Ancestral Home (祖靈的居所)," which won the 38th Golden Tripod Awards when it was republished in 2013. Sakuliu Pavavaljung has devoted himself to cultural and artistic creation for 40 years, and in 2018, he was recognized with the 20th National Award for Arts. According to the reasons for the award stated on the website of the National Culture and Arts Foundation, his "creations traverses the aesthetic reflection between the traditional and the contemporary, wanders through the art and images of his people's past, and displays multiple artistic abilities and reflections on contemporary society."

Today, he continues his journey through the development and revitalization of his people's culture and art. He hopes to use aesthetics to educate the next generation, using art to continue to fertilize the community and the land, helping the children of the village learn to see the ever-changing world with an eye for beauty and to understand the value of the beauty inherent in their own culture even in contemporary society. He looks forward to finding a place for himself and his people in society today and into the future through his creations and the rebuilding of the tribal culture.