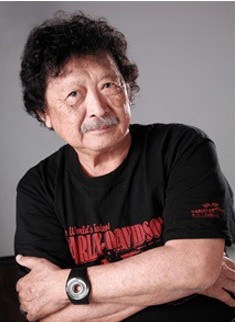 A veteran potter renowned for his intricate floral-themed creations, Su Shih-hsiung is no stranger to the kiln's secrets. Fact is, he may have conjured up some of his own. As the sole creator of the "carved glazing (雕釉)” technique, Su has managed to evoke both traditional and modern design aesthetics with his boldly colored, stylishly fashioned clayware.

A straight-A student who graduated at the top of his class from Tainan First Senior High School, teenage Su surprised his academic mentors by forgoing more prestigious career paths and enrolling in the National Taiwan Normal University's Department of Fine Arts, the only higher-level arts program available in the nation then. His choice of ceramics was deemed equally foolish, for pottery was considered an outdated and extremely dull trade.

Undaunted, Su believed firmly in the versatile properties of pottery and voraciously began to consume related literature in English, Chinese, and Japanese. Taking inspiration from the ancient Chinese art of lacquer carving, the talented young artist spent three years perfecting what later became known as glaze carving - a process involving a repetition of painting, hardening, carving, cutting, and burnishing, in which pieces are sometimes baked at 1,230 degrees Celsius for 15 hours straight.

The painstaking production technique, coupled with Su's love for natural beauty, gave raise to ceramic art of unparalleled caliber and elegance. With each coating representing a different glaze color, patterns and designs are slowly etched in, layer by layer, creating a visual depth unseen before in clayware. For his superb craftsmanship and artistic innovation, Su was awarded the National Crafts Achievement Award in 2010.

"Recognition is both an honor and a collar; I have to continue surpassing myself,” the artist noted. Now in his 80s, he continues to experiment with ceramic production and material choices alongside his prized pupil, daughter Su Hsiao-meng (蘇小夢).