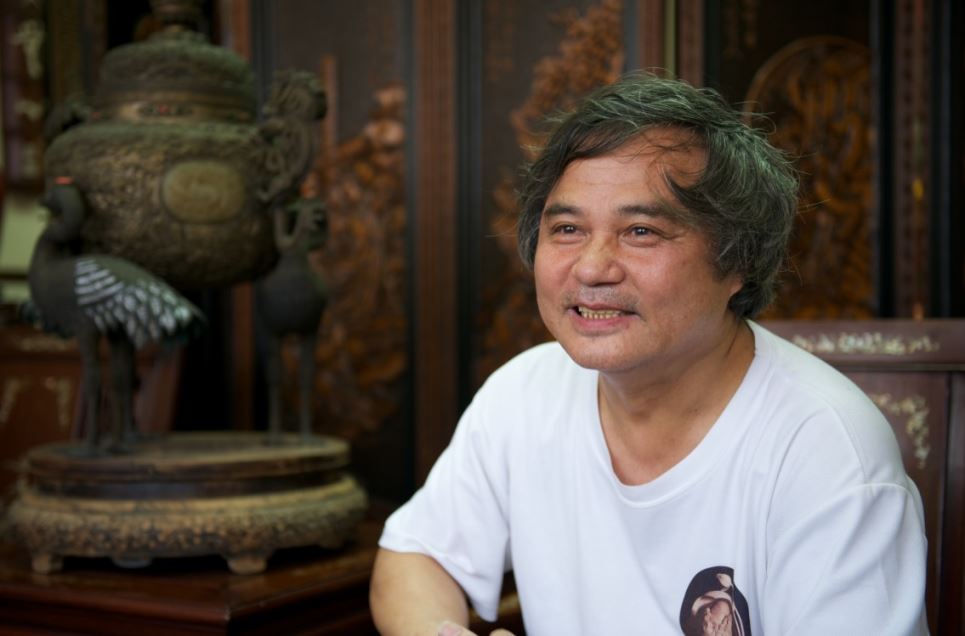 Recognized by the government as an important preserver of the art of ornamental wood carving, Li has dedicated himself to preserving and restoring fine pieces with traditional methods. He pays close attention to the styles of each piece he works on, striving to respect the original style and techniques used. Among his major temple works is the holy palanquin from Taichung's Xingxiu Temple, which is a showcase for his superb restoration skills in wood carving, painting, and gilding.

In addition to his family background, Li's woodcarving also speaks to a far-reaching knowledge of classic Chinese literature, history, and art. The application of the elegance of traditional painting to woodcarving highlights the vision of his pieces. This is coupled with a thoughtful perspective that brings out the unique qualities of each subject, giving rise to wood artworks replete with refined and vivacious human forms and a profound sense of the holy.

Every one of Li's works has its own spirit. They cover a broad variety, even down to small personal ornaments. To create them, he uses all manner of blades and axes, chiseling fine wooden works that communicate traditional thinking and innovative ideas. From deities and historical figures down to insects and fish, Li's works run the gamut. He has created temple architecture, decorative furnishings, tables and chairs, plaques, screens, and more, but it is statues of holy figures that make up the bulk of his portfolio.

Li specializes in the sculpting of Buddha statues, but he is also up to the challenge of carving historical figures. For Zhong Kui the Demon Queller, for example, he works with camphor, using rounded carving techniques for the overall bust. Then, for the rough brow and beard that account for over half the face, he works in a more deliberately rough style, giving Zhong Kui the powerful and ugly look for which he is known.

The goddess Guanyin, meanwhile, is a figure with whom he is even better acquainted with carving, having earned quite a reputation for capturing the bodhisattva's character. His carvings of her are well known for their ability to showcase her infinite compassion and calming presence.

Learning from his father, Li began with flat woodwork before moving into third-dimensional carving. Through innumerable times going through the process from composition through blocking out to carving and polishing, he developed his own unique style that both preserves the essence of traditional carving and integrates modern ideas.

"If you have the skills and inspiration strikes, you can reach a kind of tacit consensus with the piece — become one with it," Li stated. "And that is the most fantastic moment in the creative process."

Of course, masters of any craft reach a point where they want to pass on their knowledge. Sighing, Li notes that young people are not learning these traditional crafts anymore, and that such crafts can only thrive if a lot of people are involved. When that happens, more people become inspired, and new ideas and projects spring from there. Having gained his skills from the wise craftspeople of the past, Li hopes for the chance to pass them on to later generations.