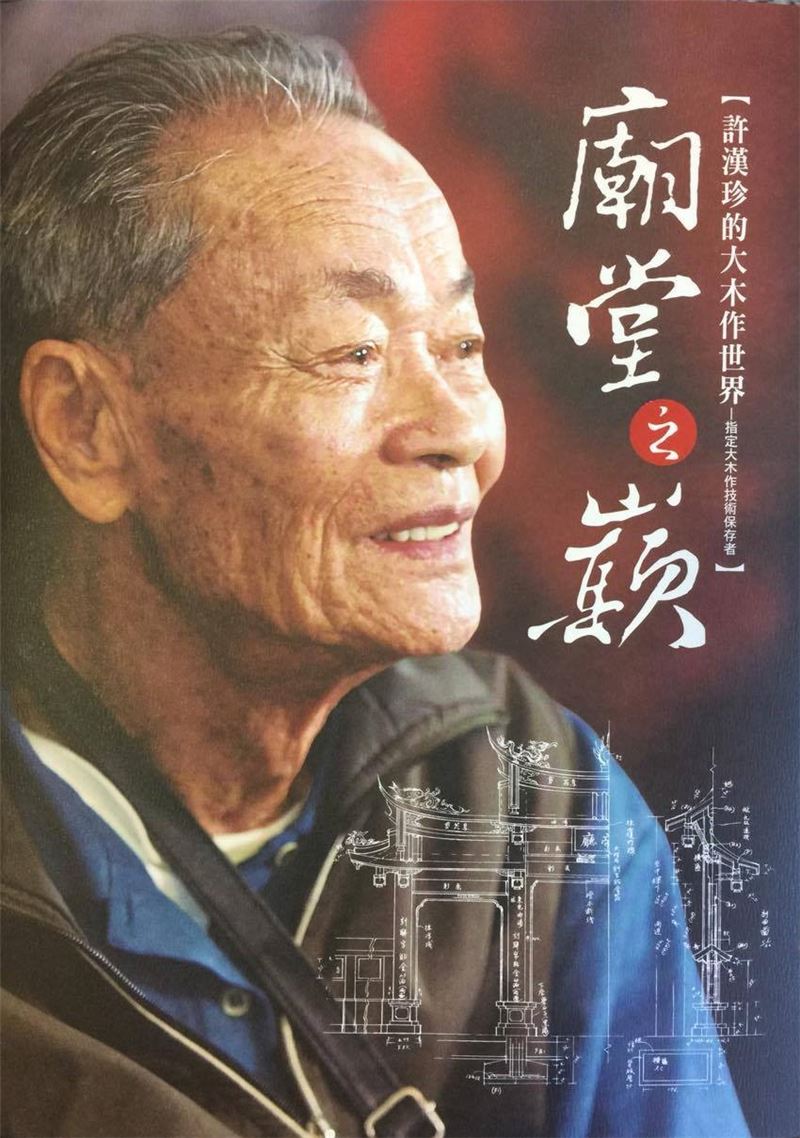 Hsu Han-chen is renowned across southern Taiwan as a guru of wood-frame structural carpentry (大木作技術) in both the design and the construction of temple buildings. After his first solo work on getting a temple designed and ready to go received glowing reviews, Hsu's reputation quickly spread, and today his design and construction work have contributed to almost 70 temples around Taiwan.

Hsu's mentor was his father, Hsu Tung-lu (許銅爐). When the younger Hsu was 17, he joined his father's business, working on the construction of temples and learning a variety of traditional architectural arts. He also began teaching himself architectural drafting, something that isn't traditionally a part of training for temple builders.

Additionally, Hsu began experimenting with the use of reinforced concrete to replicate customary wooden designs, aiming to preserve the traditional appearance of the temples even as concrete began to replace wood as the preeminent building material in 1950s Taiwan.

Moreover, layout planning must take into account a range of architectural taboos, beams and columns must be joined with mortise and tenon joints, and all measurements must be checked against Hokkien measuring sticks known as tiun-ko (丈篙). Each and every step along the way links in with the others.

Since retiring, Hsu has accepted a number of students, making the passing on of his knowledge and skills in wood-frame structural carpentry his new mission. In 2014, after consideration by the Bureau of Cultural Heritage, Hsu was named a national preserver of wood-frame structural carpentry. The refinement and evolution of his art over the last several decades has had an unquestionably significant impact on the development of temple construction in post-WWII Taiwan.