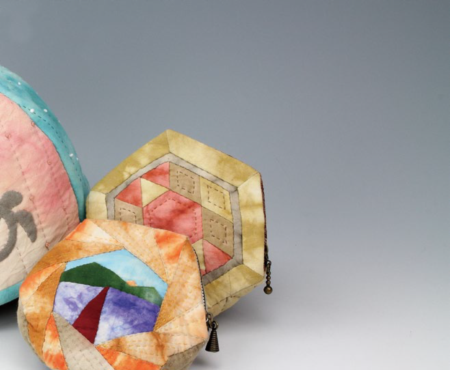 The Yilan County Toucheng Cultural Development Association was founded in July 2006 and makes use of the policy resources for community building, local cultural centers, and regional cultural heritage that Taiwan has accumulated over the past two decades. Through such resources, it has organized a festival — The Competition of Creative Turtles — that incorporates several local traditions and beliefs, as well as reviving the "big god puppets" handicraft and reshaping the culture around Toucheng's old street, all to help educate the public in local culture and art and help ensure they can be passed down to future generations.

Toucheng sits at the northern end of the Lanyang Plain and was the first part of eastern Taiwan occupied by Han Chinese. With the Lanyang Plain an important area to shipping in the late 19th and early 20th centuries, Toucheng enjoyed a period of substantial prosperity. With the Han settlers came their folk beliefs, and their shared cultural memory is reflected in how the residents of Toucheng's old street area over the generations have viewed life and death. These beliefs have been both a source of spiritual comfort for the people and symbols of their local identity.

The most thriving of the folk traditions in the Lanyang Plans region is the "big god puppets." Since the turn of the 20th century, a culture of "divine parades" around the south gate City God Temple and north gate Temple of the Great Emperor of the Sacred Mountain of the East, with over 100 big god puppets taking part. These puppets are generally made with carved wooden heads and woven bamboo frames draped in woven and embroidered clothing, and the production of them is the source of a long-standing handicraft culture in the area.

In 2007, the association received a grant to help with the restoration of this historically and culturally valuable art form. Their experience with this has given them the opportunity to ponder deeply how this distinctive piece of folk culture should be passed on and to contemplate the unique traditional handicrafts involved behind the scenes.

Similarly, the association has been working on linking the south gate and north gate temples, situated at either end of the city's old street. As part of this, in concert with the celebration of the Earth God's birthday on the second day of the second month on the lunar calendar, they have begun holding The Competition of Creative Turtles. Some two or three hundred "holy turtles" of unusual shapes, sizes, and materials bring color to the city, and over the past few years the number of participants has grown and grown, making the event one of Toucheng's biggest annual festivals.

While the turtles do come around annually, the event is nonetheless temporary in nature, and so the Toucheng Cultural Development Association is also actively involved in promoting more enduring cultural industries. For example, in concert with the 2010 event, they ran a community craftsmanship project aimed at using the turtles as a vector for teaching residents how to develop their own cultural and creative products. These efforts have since also extended into the carving and textile work around the big god puppets.

The Toucheng Cultural Center was set up by the city for the association, and through it residents have come together to participate in community building, museum support, and the preservation and revitalization of cultural heritage. The once-declining folk beliefs have been brought back into the community’s consciousness, and in the process, the collective memory and identity of the residents of Toucheng Old Street have been revived as well.