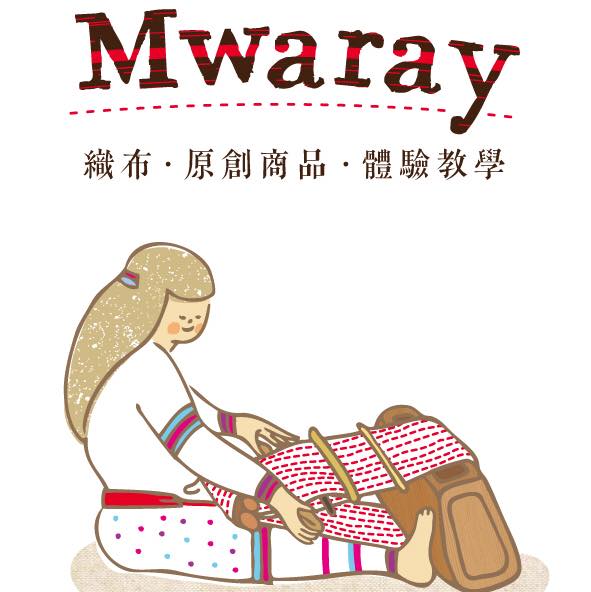 The traditional weaving techniques of the Truku are not only among the defining characteristics of the indigenous community, they represent a unique treasury of forms, layouts, and symbolic meanings. However, with the introduction of market capitalism via early colonial settlers, weaving as a source of livelihood began to decline and fade. To spark a revival of this traditional craft, a group called "Mwaray da" was formed in 2015 in the Sioulin Township of Hualien County.

Founded by Meyci Yusi (宋美枝) who learned to weave from tribal elder Rowbiq Awi more than 20 years ago, Mwaray da Studio aspires to address the challenges of preserving and reviving Truku textile arts, while passing on weaving knowledge, not by writing, but by weaver-to-weaver mentorship, watching, and interlacing threads to produce patterns that yield important historical information.

Such traditional apprenticeships under the supervision of highly skilled practitioners have attracted weavers from neighboring villages, Atayal women from northeastern Taiwan, and youths from the eastern part of the country. Some of the apprentices went on to teach upcoming weavers how to work with the techniques practiced for hundred years.

In addition, Mwaray da is a women-driven support group mainly comprising Truku weavers. With the companionship offered by its members, weavers no longer perform this delicate work alone as their predecessor did. Instead, they are encouraged to share the traditional textile practices while working alongside with their fellow weavers. Mwaray da also serves as a conduit of information and networks by aggregating events and activities relating to the ancient craft.

The idea of naming the group "Mwaray da" emerged in 2014 when Meyci Yusi was having a chat with women from her village. "Waray" stands for "thread" in the Truku language, while the letter "M" refers to the ongoing dialogues held with Truku elders, who play a vital role in keeping tribal traditions alive. "Mwaray," on the other hand, means tribal women who share bonds as tightly as if they were bundled together by thread.

When learning traditional weaving techniques, participants embark on their own roots-tracing journey, including Meyci Yusi. The experienced weaver said she discovered that the textile patterns she learned from Kulu elders are similar with ones she came across in her hometown of Ruisui, a rural township that is roughly 70 kilometers away from Kulu.

After an in-depth inquiry, she realized the people in Kulu and Ruisui were originally from Taroko and were removed from their ancestral land during Japanese rule. Meyci Yusi said as some indigenous groups don't have their own written language, these decorative designs have become the main medium that carries ancient history and shared memories. "Patterns are artworks that speak," she said.

Since its establishment, the group has partaken in a series of events and exhibitions to promote the unique charm of the traditional woven art. While most event attendees recalled that they seem to have similar textiles stored somewhere at home, the revival of the techniques moved elder weavers who are no longer able to perform the craft that they learned at the age of 13 or 14 because of declining muscle strength.