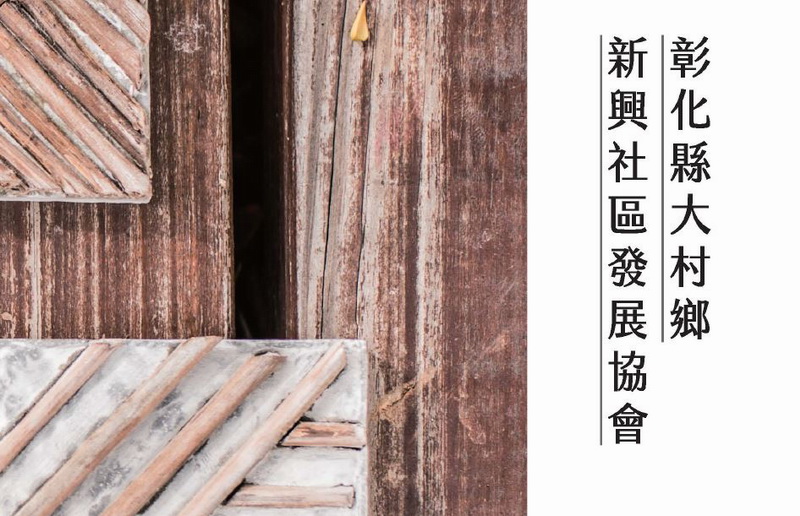 Name: 彰化縣大村鄉新興社區發展協會
Location: Changhua (Central Taiwan)
Established: 1993
Did You Know...?
The Kyoho grape was originally bred in Japan and introduced to Taiwan in 1939. However, it was not until the 1960s that the variety finally successfully grew in central Taiwan. Primarily in Dacun Township, Changhua County, Dongshi and Xinshe Districts, Taichung City, Zhuolan Township, Miaoli County, and Xinyi Township, Nantou County, . Kyoho vineyards cover some 3,000 hectares.
Site: https://zh-tw.facebook.com/彰化縣大村鄉新興社區發展協會-999508803422470/

In the past, rice paddies and citrus plantations dominated agricultural land in Dacun Township in Changhua County. Since Kyoho grape variety was introduced into Taiwan and the government was encouraging farmers in each township to concentrate on one crop of specialty, farmers in Dacun Township began to shift to growing Kyoho grapes. Over time, the grape cultivation moved toward organic farming in greenhouses, with techniques becoming more and more sophisticated. All of this, combined with the naturally favorable climate and soil conditions, saw Xinxing Community quickly earn a well-deserved reputation as the home of grapes.

In 1990, Changhua County launched a series of cultural activities around grape cultivation, covering the three major grape-producing areas of Dacun, Puxin, and Xihu. These activities attracted a substantial number of tourists to the region, bringing huge economic benefits to the communities. However, in recent years, rural areas have encountered the impact of industrialization and aging population. Agricultural transformation is a pressing need.

Having seen for themselves some successful examples of rural transformation in other communities, some rural youngsters who left home for study or career began to return to their hometowns and to develop crafts with grapevines. They used severed branches of pruned grapevines to design wreaths, woven balls, and the like. The stripped bark is pliable, yet resilient, and can be woven into a variety of forms. The skillful hands of local women have injected new life to severed branches of pruned grapevines, creating a distinctive form of art.

In summer 2016, a group of eight students from the Department of Creative Product Design at Southern Taiwan University of Science and Technology formed a creativity team "Hing-Bar-Ke (興八客)," under the guidance of Prof. Hong-Ming Chen, and the team spent their summer vacation at Dacun Township Xinxing Community, hoping to find new possibilities for products.

Observing the environment when the students first came to the community, they noticed the problem of burning vine branches after the grapes were harvested. Suggested by the team's co-mentors, Prof. Ya-Ting Yu of the Department of Architecture, Tamkang University, they studied the possibility of recycling and using the wasted materials. It was hoped that the recycling project would lead to the reduction of environmental pollution and tillage costs, the transformation of local micro-industries, and the developing of modes of rural tourism driven by local craftsmanship.

As a result, a number of community activities, such as "Community Handmade Dyeing Workshop," "New Starry Profile," "Starlight Dinner under the Vineyard," and "Village Revolution in Emerging Communities--Mosquito cinema," etc. came to being.

In the process, they began working with locals, and the community association was inspired by the idea of turning what was once agricultural waste into souvenirs for tourists.

Their designs, such as Grapees chairs and Grapees lamps, have won a number of international awards, including the iF Design Award, the Golden Award, and the Red Dot Design Award. Their graduation projects,"Grapees" and "Fiber Vine Peels," won two awards for the 2017 Red Dot Design Concept Award in Germany. The team was the only one from Taiwan to win two awards that year. Their winning entries--"Grapees" and "Fiber Vine Peels"--utilized leftovers of agricultural products, grapevine branches, raisins, and rattan fibers.

Thanks to this group of students, residents in the community has learned the techniques of vine weaving and dyeing, and developed interest in making crafts with local agricultural characteristics.

One unique product out of grapevine is "grapevine charcoal deodorant bag." Using severed branches of grapevines to make a variety of creative products, there is still a lot of leftover. Taking reference from the concept of "biochar," the community association began burning the leftover grapevine branches to produce charcoal, burying it in the soil. This alkaline biochar can improve the soil acidity caused by climate change, keep the soil moist, and create better conditions for crop growth.

In the meantime, the community has also begun working with Providence University to develop edible products from dropped fruit and grape seeds. Through such efforts, they are creating an economic and environmental win-win situation.

The whole project may seem to have been smooth sailing, but, in reality, creating a circular economy was hard going in the early days. Older farmers tended to be reticent to embrace these new ideas. However, with a long period of encouragement from the National Taiwan Craft Research and Development Institute, the community association was able to carry on the rural transformation project.

Today, one can even see old grandpas and grandmas of Xinxing Community gathering together in their downtime to work on vine weaving. Some out-migration youngsters have returned to seek career possibilities in their hometown, creating greater community cohesion.

With years of efforts, the Dacun Towship Xinxing Community has become a success story of agricultural transformation and a demonstration of community spirit. While dedicating efforts in sustainable rural development, the community association has organized senior citizen caring services, recreational activities for different age groups, and cultural and educational courses to improve quality of life of the residents.