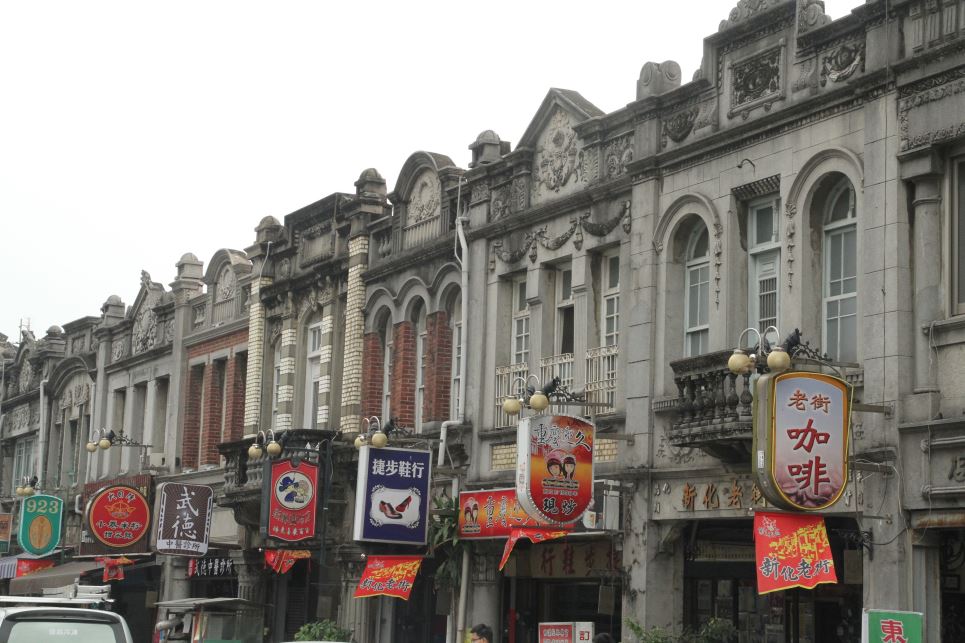 Name: 拾荒工作室
Year of Establishment: 2007
Located At: Tainan City, Taiwan
Founder: Cloud Hsu (許明揚)
Did You Know That...?
In the 17th century, in the days of Dutch and Spanish colonization in Taiwan, there were already settlements of local indigenous Siraya people in nowadays Xinhua District of Tainan City. To the Siraya, the area was known as Tavocan (大目降), or "the land of mountains and forests." A few hundred years later, when the Japanese came to rule over Taiwan, they administered the area as Shinka County, which was divided into nine administrative townships. It was these Japanese-era townships that Cloud Hsu (許明揚) has taken as the inspiration for his Youth Village Culture Movement, a community-building project built around those nine former Japanese townships (郡九街庄) in Xinhua District (臺南市新化區).
Site: https://www.facebook.com/PickupTrend


Born in Tainan, Cloud Hsu was once a teacher. Discussing his career transition in an interview, he remarked that: "Personally, it was getting kind of stultifying for me. I wanted somewhere I could put my ideas into practice, and to that end, there was no price I wouldn’t pay. I was even ready to take up completely unpaid work." To realize his goal, Hsu set about writing up a resume, which he then proceeded to send around to a variety of well-known community-building organizations, even writing on the top "Willing to accept unpaid work."

Along the way, Hsu discovered that the Soil and Water Conservation Bureau (行政院農業委員會水土保持局), part of the Council of Agriculture, was looking to hire and train consultant for rural regeneration work. After signing up, he was accepted into the program, and he immediately dove right in. During the training, he met a number of officers and directors from community-building organizations around the country, not least of which was the Xinhua Community Building Association's own director. At the end of the training, that director said to Hsu, "Xinhua needs young people—would you like to come back and help out?" With that, Cloud Hsu leaped straight into community-building work in the district.

In 2007, Hsu founded Pickup Trend Studio (拾荒工作室). Since 2010, he has been the driving force between activities like the Tavocan Japanese Parade (大目降和風踩街), Nine Townships Green Market (郡九街庄綠色市集), "Sightseeing and Dining at Tavocan (旅食大目降)" friendly shop votes, and tea culture experiences. Although all of these succeeded in drawing in quite sizable crowds, they were all short-term activities and focusing on them meant fewer chances of really building in-depth interactions with local businesses. No matter how good the activities and events themselves may have been, such activities can never replace the value that old stores bring. In order to create a more coherent narrative/experience/exploration environment, Hsu decided to start working more closely with local businesses starting with Changtai Pharmacy (長泰西藥房).

Once the vision of building a "Lifestyle Tales Museum" with Changtai Pharmacy was in place, when the building became available, the compatibility of ideals between the owner and Hsu meant there was hope for the facilities and documents therein to be preserved. And so Hsu took up the lease on the building, preserving and reusing every single old item in there that had been set to be cleared out and renovating the former drug store into a rural creativity space and cultural center.

Established in 1872 and still in business today, Jinfa Rice Store (晉發米店) is one of the oldest stores still in their original state on the Xinhua Old Street. It has been witness to history, standing and operating through Qing dynasty, Japanese rule, post-WW2, and modern times. A small store, which is two-thirds occupied by a rice mill, Jinfa Rice Store, could be considered part of the collective memory of the residents of Xinhua. However, for personal reasons, the owner was planning to wind up the business and rent the store out. Hsu actively engaged the owner in discussions, ultimately reaching an agreement to help keep the store running, and after a half-year's work, they have even got the century-old cypress rice mill operational again.

Currently, in Tainan for the long haul, Cloud Hsu has become a real part of Xinhua Old Street. However, there is still a long way to go in building a consensus and tying together everyone’s ideals. Having invested so much of his life into the Nine Townships effort, Cloud Hsu has also made the place his home.