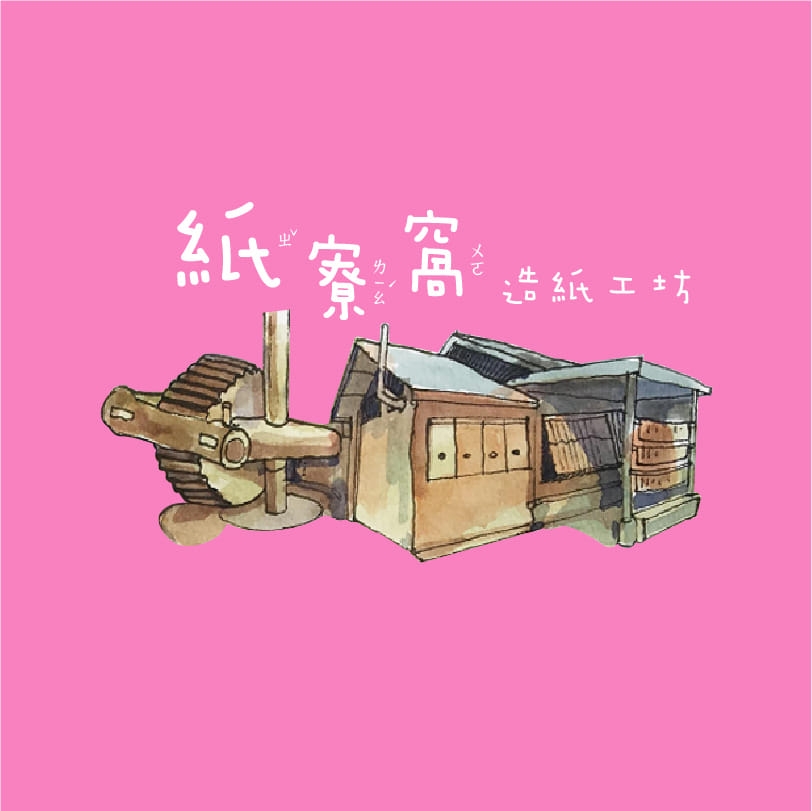 Name: 紙寮窩造紙工坊
Year of Establishment: 2009
Located At: Hsinchu, Taiwan
Founder: Liu Xing-shen (劉興燊)
Did You Know That...?
When the COVID-19 pandemic struck in 2020, most Taiwanese were left without any way to travel abroad, and domestic tourism was quickly booming, with one such destination being Hsinchu's Paper Hut Nest. Located next to Qionglin Elementary School in Qionglin Township, Hsinchu County, Paper Hut Nest sits down a plain, winding alleyway reminiscent of the entrance to the Peach Blossom Spring in Tao Yuanming's famous late-Jin-era (5th century) fable of the same name: "At first it was so narrow that [one] could barely pass, but after advancing a short distance it suddenly opened up." And when it opens up, what meets your eyes, in this case, is the Paper Hut Nest papermaking workshop.


Hemmed in on three sides by hills, the site on which Paper Hut Nest sits is, geographically speaking, shaped much like a nest itself. Around the late 18th century, one Liu Chuan-lao (劉傳老) made his way to Hsinchu, settling in Qionglin Township (芎林鄉). He made his family here, and after three generations, they remained enamored by the wealth of bamboo and water, choosing to make it their permanent home. The Liu family made the most of these natural advantages to go into papermaking, setting up their own paper mill to make paper from the local bamboo. The sizable paper mill became an icon of the business and art of papermaking.

The paper mill began by focusing on the production of joss paper. Religious tradition was very important to the local community, and so the joss paper industry flourished there, with Paper Hut Nest becoming the largest cluster of paper mills in northern Taiwan. However, with the Japanese taking control of Taiwan in 1895 and later establishing the kouminka ("imperialization") policy of Japanization, Taiwanese folk beliefs were forbidden, and the paper mill suffered as a result. With the mechanization of papermaking in the 1960s and 1970s, the traditional papermaking industry in the region has gradually fallen into decline.

Paper Hut Nest as it exists today has its origins in the nostalgia of local residents for the industry developed by their pioneer ancestors. In 1994, Liu Xing-shen (劉興燊) took the lead and brought together the locals to attempt to revive the old bamboo papermaking culture. Ultimately, with the help of the Council of Cultural Affairs (now the Ministry of Culture), Paper Hut Nest was completed in 2008 and officially opened the following year.

Traditional handmade papermaking requires cutting bamboo, stripping it, transporting it, soaking it, rolling it out, pressing it, and drying it. Each step is massively labor-intensive and takes a good deal of time. Through Paper Hut Nest, though, visitors can experience each of the six major steps—cutting, soaking, rolling, pressing, separating, and drying. The traditional papermaking has returned to the community in a novel way, while promoting papermaking culture, the Paper Hut Nest workshop is passing on the ancient Hakka commitment to "cherishing paper and respecting writing."

In addition to papermaking, the Paper Hut Nest workshop also has other creative pursuits on offer, including silk-screen printing on paper, plant-based printing, and even ways to convert paper into items for everyday use like notebook covers. There are even other bamboo products or bamboo-woven items to choose from. All in all, the workshop offers visitors a wealth of experiences to choose from, all helping to revitalize the Paper Hut Nest culture of Qionglin Township.

The community-building work that has happened around the Paper Hut Nest papermaking workshop has not been easy, in large part because most of the members of the workshop are elderly, with young people accounting for a small minority.

As a result, the planning of activities tends to lack the kind of novel ideas that come from youth. A turn pointing occurred in 2017, when director of the Liu Chuan-lao Papermaking Culture Development Association's (劉傳老造紙文化發展協進會) Yang Li-jen (楊禮仁) began working with the Hsinchu County Government to promote tourism in connection with the Tung blossom travel project. The aim of this was to encourage more young people from the area to come back and do their part for their hometown.

The lush bamboo and wealth of water are what have made this location such a solid foundation for Paper Hut Nest's papermaking efforts. Now they hope to be able to also promote papermaking culture as part of an effort to promote Hakka culture more broadly, making Paper Hut Nest synonymous with "Hakka paper." From its traditional roots to its novel growth and ultimate blossoming into a beautiful part of the community, Paper Hut Nest is a worthy place to visit should you be planning to take in the Tung blossoms of the area. Come along and experience what it's like to really make bamboo paper!