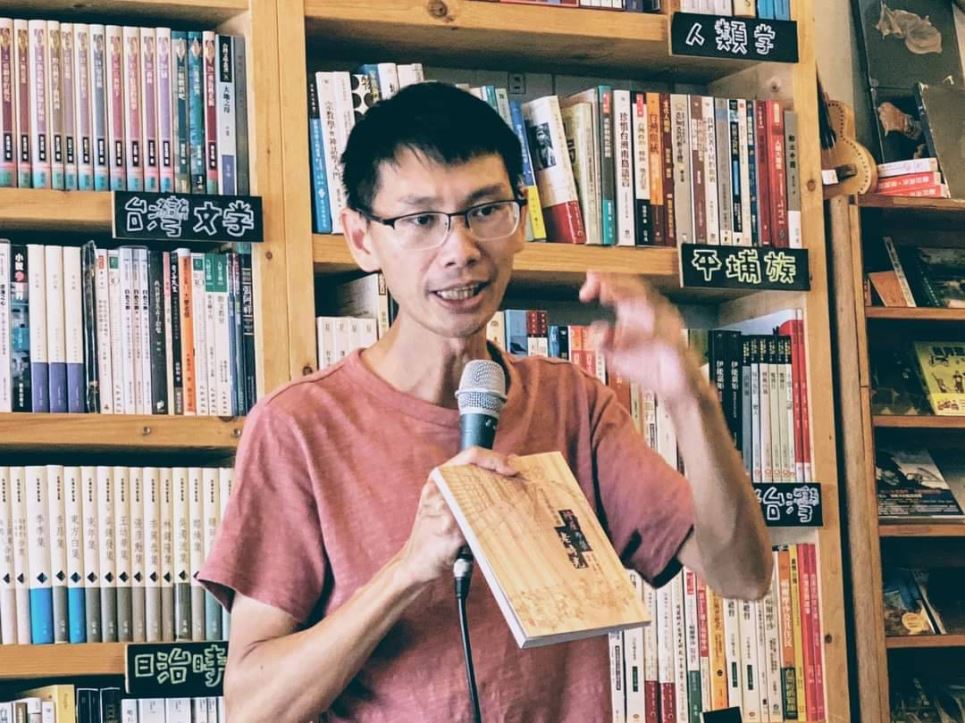 ‧ Chinese Name: 洪雅書房
‧ Established: September 30, 1999
‧ Location: Chiayi City, Taiwan
‧ Did You Know? In Chiayi, an area which lacks dedicated bookstores, Hoanya Books has naturally brought together a group of people who share the same philosophy and concerns and is supported by a volunteer group of university students, graduate students, and housewives in its tireless efforts to promote environmental awareness and cultural heritage in the Chiayi area. As a result, it has come to be regarded as "the most socially engaged bookstore south of the Zhuoshui River."

Founder of Hoanya Books Yu Kuo-hsin grew up in rural Yunlin, and after graduating from junior high school, he went to National Chiayi Industrial Vocational High School to study automotive repair. At that time, avid bookworm Yu discovered that there was not a single good bookstore in the whole Yunlin-Chiayi area, and that all the bookstores that were there were more focused on things like reference books, farmers' almanacs, and lottery tickets. When he was about 17 or 18 years old, he was wandering the streets in Chiayi and passed by a small place called Tai-uan Too-su-sik ("Taiwan Reading Room" in Taiwanese). Out of curiousity, he walked in and found that most of the books inside were focused on Taiwan-related themes and topics and covered a wide range of fields, from culture and history to nature and ecology. Inside, he read some books and got into conversation with several doctors, lawyers, and old-school writers who enthusiastically introduced him to the history of literature and folk songs, which immediately opened Yu’s eyes to a wider world. As a result, Yu became a regular of the reading room—which functions more as a library than a bookstore, lending rather than selling books—and read many local Taiwanese books that he could never have found in the school library.

His reading experience planted a seed in Yu's heart, ultimately inspiring him to found Hoanya Books in 1999, a store that sells books on the land, history, environment, society, and culture of Taiwan, as well as to seriously consider the possibility of books as a conduit for social movements. However, when the bookstore first opened, it was not well received by the neighbors, and Yu was confused about how to make a living in the bookstore business in the face of the waning popularity of reading, declining consumer power, and the cutthroat price wars of the industry. When business was light, selling barely even five books a month, Yu would head to Qigu in Tainan to work as a tour guide to supplement his income and help make ends meet.

Despite the difficulties, though, Yu never considered backing down, sticking to his commitment to selling niche books on social movement ideals, culture, and history. Eventually, he came up with a brilliant idea: to hold free seminars in the store to boost their popularity and drive book sales. He began holding free weekly talks, but initially, his and his store’s low profile meant potential speakers often turned him down. He did not give up, though, and studied hard to get a Master’s degree in Cultural Heritage Conservation from National Yunlin University of Science and Technology, making friends with writers, artists, scholars of literature and history, and environmentalists along the way.

After the bookstore slowly gained popularity, singers Chen Ming-chang and Ara Kimbo, director Hou Hsiao-hsien, and scholar Guan Zhongxiang came to the bookstore to give talks, attracting both university students and locals to come and listen. As an independent bookstore, Hoanya exhibits and sells books on particular themes and has built a brand around the owner’s personal style along with the store’s concern with social issues and cultural, historical, and social movements, and engagement with community arts and culture. Over time, these characteristics have grown to become the foundation upon which the bookstore operates and draws revenue.

Hoanya Books is positioned as an independent bookstore, but not in the sense of being isolated from society, locked away in an ivory tower, but rather in the sense of being independent from the mainstream, becoming a base and rallying point for social movements. Yu is not only a bookstore owner, but also a fighter for social movements. Over the years, he has been involved in many cultural and ecological preservation campaigns, for example.

In 2007, Yu Kuo-hsin was awarded the Ministry of Education’s 2007 Social Education and Public Welfare Award for running a social movements-focused bookstore, giving free lectures on Taiwanese history, culture, music, environment and ecology, and architecture, creating a non-mainstream arts and culture platform for the Yunnan-Chiayi-Tainan region, and initiating and planning a variety of arts and culture events. He was also selected to participate in the Youth International Engagement Program of the Executive Yuan’s Youth Development Administration, through which he spent about a month in Brazil.

Over the 22 years he has run the bookstore, Yu has often relied on his personal charm, giving more than 50 talks a year, coordinating with part-time university courses, developing cultural and creative goods, selling eco-friendly rice and fair trade coffee, and finding various other sources of peripheral income to support the store. Hoanya Books has since moved from its initial location in a local market to a new, larger location, and today even visitors from Hong Kong and China come to make their pilgrimage to the store.