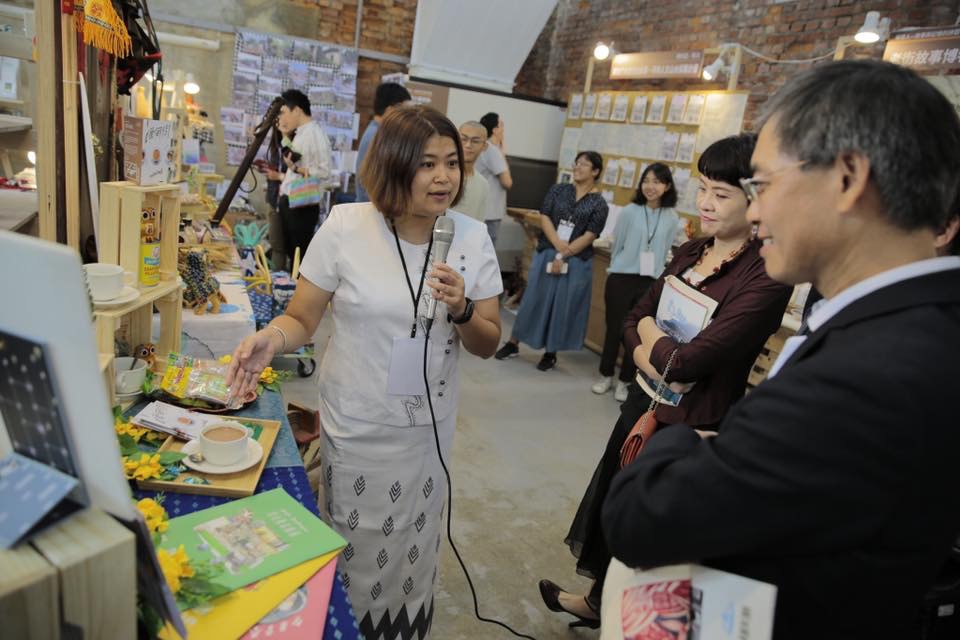 Chinese Name : 新北中和緬甸街 ｜楊萬利
Date of Construction: 1980s
Location: New Taipei City, Taiwan
Did You Know?
Huaxin Street in New Taipei City's Zhonghe District is commonly known as "Myanmar Street" or "Little Burma." It is home to the biggest Burmese-Chinese community in Taiwan and is particularly famous for both its wealth of Southeast Asian food and playing host to the Burmese New Year celebrations known as Thingyan. Over the decades since its establishment, it has become a distinctive and exotic shopping destination. In 2018, local Burmese-Taiwanese resident Lily Yang founded the culture-focused magazine Mingalar Par Myanmar Street, named for the common salutation in Burmese. This magazine aims to serve as a cultural bridge between the local Taiwanese and Burmese-Taiwanese communities, bringing a local perspective and helping non-Burmese Taiwanese better understand “Little Burma” through publications, guided tours, and community visits.

The residents of Huaxin Street in Zhonghe, New Taipei City, are mostly of Chinese-Burmese descent, with their families ultimately hailing largely from Guangdong, Yunnan, and Fujian in China. What is now Myanmar Street began to take shape in the 1960s, when a military government took power in Burma and implemented a series of economic and educational policies that were unfriendly to people of non-Burmese ancestry. In the wake of this, many chose to leave for Taiwan, becoming the first major influx of immigrants to Taiwan since the Chinese Civil War. These ethnic Chinese Burmese began to congregate around Huaxin Street, where both the property prices and standard of living were lower than in Taipei City, along with the ever-growing number of factories popping up in the area and the job opportunities that came with them.

In the 1980s, Huaxin Street gradually evolved into a community predominantly populated by ethnic Chinese Burmese, with many of the restaurants and stalls along the street selling Burmese, Yunnanese, and Cantonese cuisine. The area has also become a religious center for the ethnic Chinese Burmese in Taiwan, who are traditionally practitioners of Theravada Buddhism. There are many Buddhist temples and societies around Huaxin Street, and Burmese monks come here from time to time to talk and spread the dharma.

The Burmese Chinese immigrants to Taiwan also brought with them Burmese traditional festivals and celebrations. Myanmar Street hosted its first celebration of Thingyan, the Burmese New Year in 1995, and the Thadingyut and Tazaungdaing Festivals of Lights in 1998, bringing together Burmese from all over Taiwan clad in traditional Burmese clothing and singing Burmese songs keep the traditional culture of their homeland alive. These celebrations also attracted, and continue to attract, a massive number of curious tourists.

Over the past decade, New Taipei City has worked to develop the area as a tourist destination, transforming Huaxin Street into a "tourist food street" marked by signs at the ends of the street and an effort to unify the signage of the stores and restaurants along the way. Not only has the government begun to pay attention to this area that is home to so many immigrants, in recent years, civic groups have also begun to conduct cultural tours and story preservation here. For example, the Trans-Asia Sisterhood Association Taiwan and Southeast Asia focused Brilliant Time bookstore have both organized cultural tours of Huaxin Street.

In 2018, local ethnic Chinese Burmese resident Lily Yang founded the cultural publication Mingalar Par Myanmar Street and began to record the history and stories of Burmese immigrants to Taiwan who settled in and around Huaxin Street.

Born in Burma in 1983, Yang moved to Taiwan at the age of 10, settling on Huaxin Street, where she and her mother sold traditional Yunnanese snacks. It was not until she met and was inspired by the editor-in-chief of Brilliant Time, Chang Cheng, that Yang first became a tour guide on Myanmar Street. During this, she discovered that Taiwanese people were quite unfamiliar with this exotic area, and so to promote her home culture, she took part in the Ministry of Culture’s Operation: Youth Village Culture and launched Mingalar Par Myanmar Street. She also launched a podcast platform to share insights into daily life on Huaxin Street and memories of her homeland.

Things didn’t go well at first, though, because many of the older residents were unwilling to open up about their past experiences and thoughts, still under the shadow of their political and economic experiences from the past. Therefore, the cover story of the inaugural issue focused on Yang’s mother and her story, after which more people were willing to follow suit.

Yang, a second-generation Burmese, has been exploring the special food and culture of Yunnan and Myanmar. She hopes to help more Taiwanese people get to know the culture and values beyond just the food and hopes to become a bridge between the Burmese and Taiwanese communities. Today, most of those living on this street are descendants of Burmese Chinese and immigrants who settled here all those years ago. While integrating into Taiwanese culture, they have also kept their Burmese culture alive, forming a new ethnocultural community that has become a valuable part of the Taiwanese melting pot.