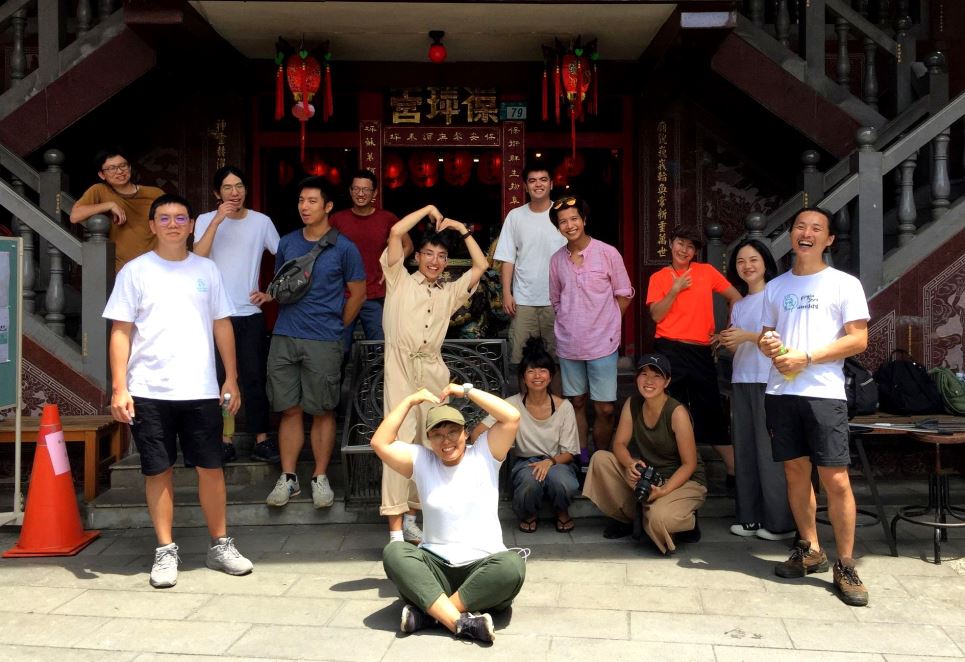 Chinese Name: 採集人共作室｜陳科廷
Time of Establishment: March 2017
Location: New Taipei City, Taiwan
Did You Know…?
The Pinglin Story Project is a cultural initiative that was launched by Collectors Co-space founder Keting Chen and aims to build bridges between local schools and the community. Through the integration of internal and external community resources, the project brings together a variety of talented people and an array of knowledge to realize the project goal and share both talent and information with local schools, transforming them into local knowledge systems and migrating the output to the community to create a symbiotic cycle.

Keting Chen spent his childhood growing up in the rural community of Pinglin, New Taipei City, surrounded by spectacular scenes of mountains and water. As a result, it was only natural that he would develop a deep affection for the natural world. After growing up, Chen went on to pursue studies in the Department of Plant Pathology at National Chung Hsing University, where his work often saw him having to hike through the wilderness to collect samples. Later, his compulsory military service saw him take on substitute service on the main island of Saint Vincent and the Grenadines, after which he moved on to another of Taiwan’s diplomatic allies, Palau, to work on extending campus farms. Working with the Taiwan Forestry Research Institute, he has also been previously involved in ethnobotanical research and had the idea of returning to his hometown, but had no funds to carry out his project.

After spending an extended period of time working abroad, far from home, Chen finally chose to return to his hometown and establish the Collectors Co-space. The space makes use of the old family homestead as a base for taking part in and hosting several art residencies, exhibitions, and workshops, practicing living art, culture and ecological collection, with the aim of creating a sustainable community studio that combines farming, living, and skill sharing. From here, Chen has held the solo exhibitions "Conflux" and "Specimen of Time," participated in the "Wandering Seeds: Moving and Migration—Stories from a Place to Other” residency, and co-curated the resident exhibition "Build ▲ Islands."

In 2018, Keting Chen and the other members of the Collectors Co-space team launched the Pinglin Story Project with support from the Youth Village Cultural Development Project of the Ministry of Culture. The Pinglin Story Project aims to "connect different generations and transform the experiences of community elders into stories that provide lessons and knowledge for youth to learn from." He hopes to use the story collection activity to link the old, middle-aged, and young generations to rebuild the local power of Pinglin and foster a shared sense of local identity. The mission is, through the preservation of the memory of Pinglin’s stories and their revitalization and innovative use, to develop tourism and build local knowledge through the sustainable development of knowledge over the long term.

The third phase of the project involved assisting Pinglin Junior High School (current Pinglin Experimental Junior High School) in its transformation into an experimental school and designing a cross-disciplinary curriculum that focuses on local studies and environmental education, breaking down the barriers between living and learning areas and enabling the community and the school to develop in a sustainable cycle of co-prosperity. The courses build on local stories and issues, expanding into stories of strange monsters, and include a full semester’s worth of lessons. Having collected students' ideas, the top 40 local issues were voted on, and the team then began working on monster stories after walking two "monster exploring" routes in the field. During the course, they touched on everything from monster ecological mapping, story writing, and mask making, to incorporating performing arts lessons involving physical and voice presentations and dynamic filming. The final product is the interactive website "Strange Pinglin" and the exhibition "Explore Strange Tea Mountain."

In addition to the Pinglin Story Project, Collectors Co-space also promotes a number of other curriculum projects and creative projects, including food and agriculture education and environmental art courses. Keting Chen says, "What Pinglin Story aims to do is to collect local stories and turn them into knowledge that can then be taken into schools, ensuring that the memories of the past can not only be preserved but also returned to the community through creative work that facilitates their ongoing application."