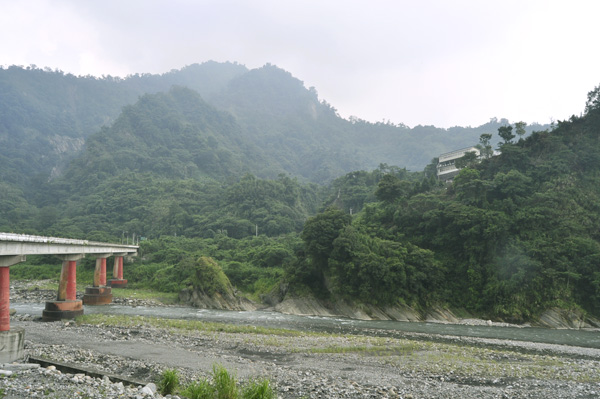 As a 7.6-magnitude quake rocked Taiwan in 1999, a small Atayal mountainous settlement known as Shangchi Tribe (雙崎部落) in Mandarin, or M'ihu (彌互部落) in Atayal, was left toppled, waterless, and isolated from the outside world.

Comprised of roughly 150 households, the M'ihu Tribe endured the shattering of its water pipes and the collapse of over 70% of its houses, and in later months most families had to live in government-issued pre-fabricated housing units. Mudslides and torrential rains also wrecked all major roads leading down the mountain during the early days of rescue.

To ensure the continual survival of the tribe, the MIHU Community Reconstruction Association was established within weeks after the devastating wake of the Jiji Earthquake, the second-deadliest quake in the recorded history of Taiwan. Its main benefactor was none other than the decorated Atayal writer Walis Nokan.

Apart from physically rebuilding his ancestral Mihu Tribe, Nokan's vision for community reconstruction was driven by three goals, which was to revive agricultural output, empower the community by strengthening the Atayal culture, and enhance the overall quality of life.

The association established weaving and agricultural teams, creating job opportunities for tribe members to sell products that were grown and made by themselves. It has since helped strengthen communal ties and empower the tribe as a whole.

In addition, the association holds fundraising events to deliver speeches on aboriginal history and literature, and implemented social support and community services - namely transport measures for students and patients, reading sessions for children, a steady source of water supply, education fee waiver, and provision of breakfast for young children.

More than a decade after the 7.6-magnitude earthquake, reconstruction efforts have yielded tangible fruit such as its agricultural specialty, a particularly sweet variety of persimmon. Community classes are also available on Atayal weaving, language, and quilt-making, and elderly care is offered by the community church center.

The post-quake trials of M'ihu have also been captured by "Mihu Photography Book of 921 Earthquake - Reconstructing Experience from Shuang-chi Tribe (地震紀念冊：雙崎部落MIHU組合屋重建紀錄),” a 2002 documentary produced by the Public Television Service.

Although it still faces the same predicament as many tribes, i.e. the exodus of its young and educated, the M'ihu tribe remains a populated settlement of roughly 200 households, largely self-sufficient, and a bright beacon for the continual inheritance of Atayal language, crafts, and culture.