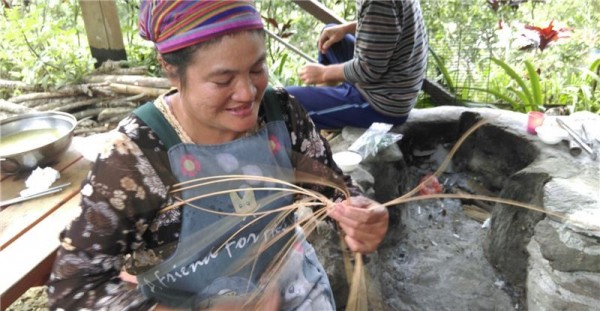 The Talanpo Cultural and Agricultural Promotion Association was established to help the Talanpo community increase their income by transforming their traditional agricultural practices into organic farming. After nine years of effort, Talanpo became the first indigenous tribe to receive organic certification from the Swiss Institute for Marketecology (IMO).

Located in a valley by the back of the Sixty Stone Mountain on the eastern coast, the Dark Village is not connected to the electricity grid due to legal disputes over the land. Thus, the majority of the Amis community had moved to the nearby village of Talanpo, which has access to power.

As the region is home to the edible daylilies, agriculture has been the main source of income for the Talanpo community. However, demand for Taiwan's daylilies has been adversely affected by China's daylily production, prompting the tribe to develop a more sustainable model based on the region's natural resources and local culture.

With the help of World Vision Taiwan, the association trained Amis farmers on organic methods and refined methods for growing daylilies in the Sixty Stone Mountain and the Dark Village. In this way, they were able to maintain the ecology and landscape of the traditional Amis tribe while developing its economy.

In addition to agricultural output, the association also seeks to preserve traditional craft techniques such as bamboo weaving, rattan plaiting, and wood sculpturing that had gradually disappeared due to the outflow of the tribe's younger populations.

To achieve this goal, the association established the Dark Village Organic Recreational Area to promote eco-tourism and senior tribe members were invited to teach weaving methods. The combination of modern aesthetics with local materials created crafts that are practical and artistic, embodying the community's spiritual and cultural roots.

Moreover, the association offers visitors with the opportunity to experience off-grid life in the Dark Village. The experience includes educational workshops on making everyday crafts such as woven containers, toys, and traps to allow visitors to gain insights into the culture of the Amis people.

Upon the foundation of organic farming, the association's final goal is to revitalize the economy and culture of Talanpo, the Sixty Stone Mountain, and the Dark Village without destroying the environment, and create more employment opportunities to bring back younger members of the community.