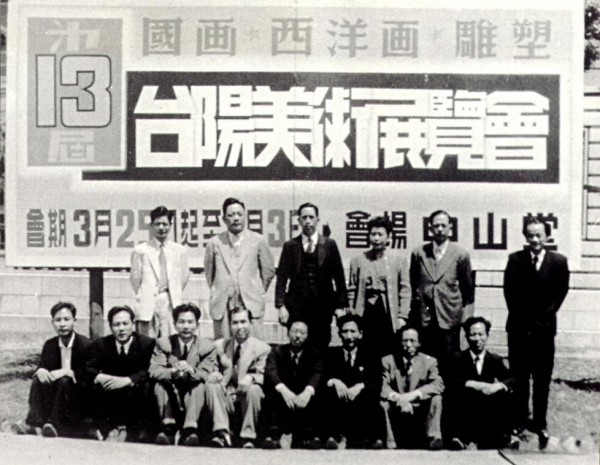 "Because we saw that the island of Taiwan is decorated with the official Taiwan Exhibition of Fine Art every autumn, it inspired us to decorate Taiwan's spring with something else.” - Liao Chi-chun (廖繼春), one of the founders of the association.

Tai-Yang Art Association is the biggest and the oldest non-governmental arts organization in Taiwan. Founded in the Japanese colonial era (1895-1945), the association marked a milestone for Taiwan's New Fine Art Movement, playing a significant role in Taiwanese art development even today.

The early period of Taiwanese fine art dates from 1895, when Taiwan was ceded to Japan. During the Japanese colonial era, most artists of Taiwan heritage were trained under Japanese influence. It was a great honor for Taiwanese artists if their works were accepted by the Imperial Art Exhibition, the most prestigious and prevalent exhibition hosted by the Japanese government at that time.

While studying and sharing their creations, association members also called on all Taiwanese youths to submit their artworks, offering cash prizes and certificates to encourage and discover new talents. Moreover, the association holds annual exhibitions and accepts new members seeking to learn from veteran painters. It provides new members with the opportunity to promote their artworks by regularly showcasing their creations as well.

The association later expanded its scale by adding a sculpture category to the existing western painting and gouache painting sections of its exhibition. The association's annual event gradually developed into a major exhibition in Taiwan that rivaled the scale of the Taiwan Exhibition of Fine Art.

Art critic Wang Pai-yuan (王白淵) once noted the art movement that started with the Tai-Yang Art Association was Taiwan's ethnic movement unfolding through art. The association was also considered a cultural enactment of anti-colonialism by intellectuals such as Tsai Pei-huo (蔡培火) and Yang Zhao-jia (楊肇嘉).