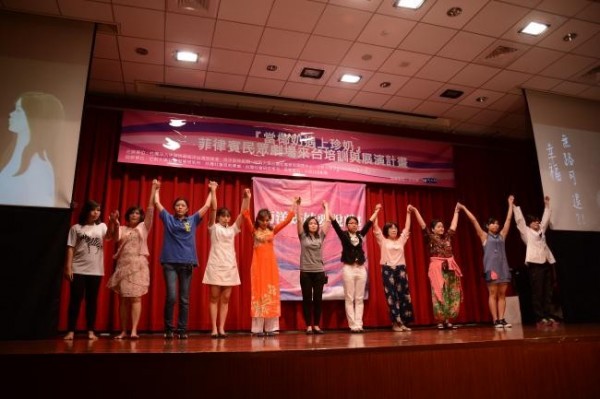 Founded by new immigrants from Southeast Asia, the TransAsia Sisters Association, Taiwan (TASAT) aims to advance and protect the rights of foreign spouses in Taiwan. The association provides language lessons, workshops, and forums on immigration issues, and organizes art and cultural events to help members engage with the Taiwanese society.

The predecessor of TASAT is the “Language Class for Foreign Spouses (外籍新娘識字班),” which was established in 1995 by the Kaohsiung-based Meinung People’s Association. The main objective of the language class was to help foreign spouses become more independent by learning Mandarin Chinese.

The program later expanded to northern Taiwan, collaborating with additional Taiwanese organizations to help more foreign spouses. The network connected foreign spouses in southern Taiwan with those in the north, and strengthened their bond as a growing minority group.

As the program gained more members, they decided to legalize the network by officially establishing TASAT in 2003. The association has since played a major role in cultivating the autonomy of foreign spouses by providing a wide range of lessons and encouraging them to participate in civic affairs.

In 2009, TASAT also founded the first performance troupe in Taiwan comprised of new immigrants. Troupe members now bring their personal stories, including the difficulties that they’ve encountered in Taiwan and their homesickness, to the stage. Through body language and stage play, they have helped members of Taiwanese society better understand new immigrants from their perspective.

To advance human rights and improve equal distribution of work benefits in Taiwan, the association is also partnering with Taiwan International Workers’ Association and other related civic groups to participate in contemporary social movements and lobby for altering laws governing immigrants.

In addition, the association serves as a platform for introducing diverse cultures to Taiwan. It holds forums for its members to share their experiences on living in Taiwan while opening classes for Taiwanese people to learn about the cultures and languages of Southeast Asia.

Now headquartered in Kaohsiung and operating a branch office in New Taipei City, TASAT has helped to instill confidence in new immigrants and lower biased perceptions of foreign spouses. The success of the association lies in helping immigrants find new value in their lives and enriching Taiwan’s culture on many levels.