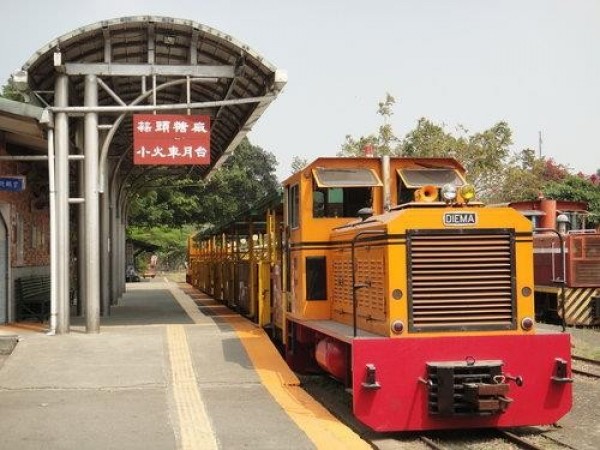 The Chiayi Puzi River Tourism Development Association was established to boost local economy through industrial and cultural tourism. It has integrated local history, culture, and environment to transform an old sugar factory into a tourist attraction that reintroduces early rural life to the public.

The association is founded by Huang Jiang-zheng (黃江正), Gongchang Village chief, who felt the need to connect natural landscapes and historical heritages along Puzi River with tourism to boost the community.

Serving as director of the association, Huang has led the association to transform an unused post office inside the Suantou Sugar Factory (蒜頭糖廠) into the Puzi River Tourist Center, and invest in the factory and its surrounding area by establishing tourist spots such as bike trails, boat piers, and a cultural park.

Situated in Liujiao Township, the Suantou Sugar Factory was established in 1906 by Japanese colonial authorities for producing and exporting cane sugar. After the retrocession of Taiwan, the sugar factory was taken over and operated by the state-owned Taiwan Sugar Corporation.

In the 1970s, the domestic cane sugar industry went into decline following the rapid urbanization and industrialization of Taiwan. In addition, the factory was severely damaged by Typhoon Nari in 2001 and a decision was made to totally abandon the site.

The association's very first project was to revive the sugar factory embodying Taiwan's rural history and rich culture. It took a year to transform the sugar factory into the Suantou Zhecheng Cultural Park (蔗埕文化園區). Located near the Southern Branch of the National Palace Museum, the association aims to boost local tourism by connecting the park with its surrounding cultural venues.

The cultural park is organized into five sections - the sugar industry, railway history, architectural heritage, sugar transportation, and local culture. The park preserves Japanese-era accommodations, a shrine, a century-old Matsu temple, and a steam locomotive, as well as many other cultural relics.

Consisting of twelve local elders averaging 72 of age, the troupe is taught by local artist Huang Xian-chang (黃憲章). Each production is jointly written by troupe members to present local stories and culture. It has been invited twice by the Ministry of Culture to hold performances.

By organizing such a troupe, the association has brought together senior citizens, offering them an opportunity to become more socially and physically active while also preserving aspects of traditional culture. The troupe does not only bring joy to its elderly members but also to its audiences.