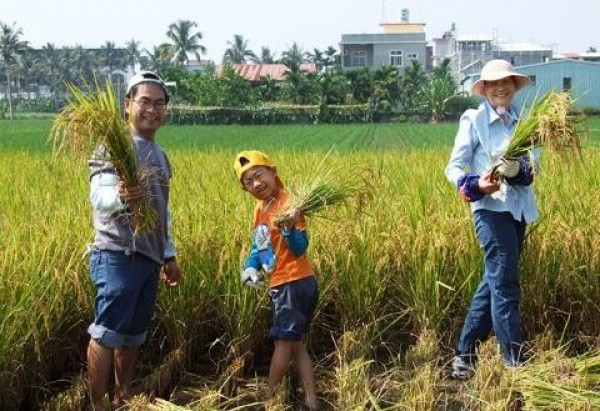 The Meinung People's Association is a non-government organization devoted to protecting the environment, preserving Hakka culture, and promoting local historic studies. The association has helped raise community awareness in the Meinong region, successfully bringing local people together to empower the Hakka community.

Hakka people make up the majority of Meinong's population and the township is known for its distinct culture, language, and history of the Hakka settlement. As a farming district, Meinong is also famous for its production of rice and tobacco.

The association was originally established to oppose the government's Meinung Reservoir project that was scheduled for implementation in 1993. As the project would flood the natural habitat of many animal species, including the Yellow Butterfly Jade Valley (黃蝶翠谷) that is home to the lemon emigrant butterfly (Catopsilia Pomona), local people decided to form the association to regain control and protect their own community.

Though the reservoir plan has been suspended since, the association now seeks to empower the community by preserving its natural environment and Hakka culture and strengthening contemporary Hakka identity.

The Yellow Butterfly Festival (黃蝶祭), the first fair in Taiwan to combine Hakka culture with ecological preservation, is one of the association's many conservation efforts on maintaining the biodiversity of Meinong. Established in 1995, the festival's core values are to reflect on the relationship between humanity and nature, and to explore ways of sustainabledevelopment for the good of the community and the ecosystem.

In addition to raising eco-awareness, the festival also features the worship of Bogong (伯公), a Hakka deity who safeguards the mountains and all living creatures. During the festival, a Hakka ritual is performed to apologize for human wrongs and renew vows to protect and preserve nature and wildlife.

To assist the graying population in Meinong, the association has also initiated "Youth Power,” a program that offers educational events and field work sessions to foster understanding and youth participation in empowering the community.

From protecting the environment to preserving cultural assets, Meinong Township has become one of the most well-preserved Hakka regions in Taiwan thanks to the association's continuous efforts.