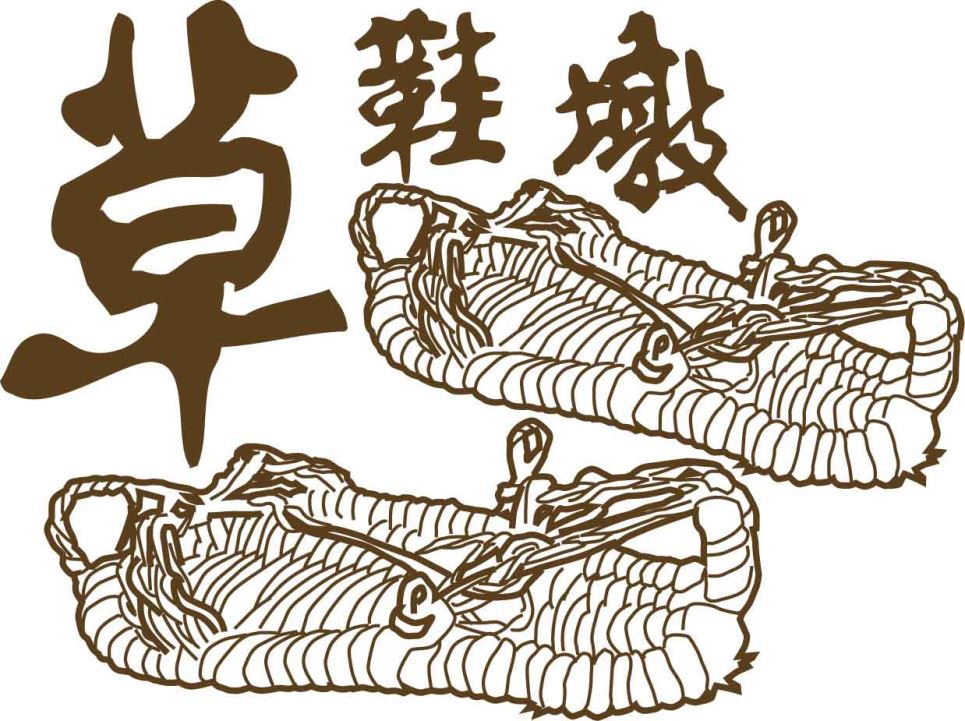 Caotun, once known as Caoxiedun, was a community based entirely around agriculture during the Qing era, as well as being a stopover for merchants traveling among Taichung, Changhua, and Puli. Some were heading down to go fishing, others carrying their wares on shoulder poles for long journeys, but all of them needed straw sandals.

Caotun produces a surplus of rice, and as such, a wealth of materials for making straw sandals. Between their exquisite craftsmanship and their quality, Caotun's sandals made the area a famous manufacturing and distribution hub in central Taiwan from the late Qing to the 1960s.

While the production of these sandals has tapered off in recent years, they remain an icon of the area's once-flourishing handicrafts industry. The Caoxiedun Hometown Culture Association is now playing a crucial role in the process of rebuilding the straw crafts of Caotun.

Founded in 1998, the Caoxiedun Hometown Culture Association invites community elders to teach the craft of making straw sandals, cultivate seed teachers, and operate the Straw Craft Culture Center. The center was established by the Caotun Township Office with a subsidy from the Council of Cultural Affairs, predecessor of the Ministry of Culture.

In 2005, the Caoxiedun Craft Workshop was started with a subsidy from the Ministry of Labor's Diversity in Employment Program. There, under the guidance of the association’s seed teachers, the workshop conducts educational events, exhibitions, research and development, production, and sales work. Forming a small production team, the workshop has now become a cradle for straw crafts.

In 2010, the association began organizing the Caoxiedun Straw Crafts Excellence Program to help students better understand that rice is more than just food, but a source of unlimited imagination and creativity. With active support from the association's R&D division, the program also aims to raise the standard of folk crafts through exchanges, brainstorming, and other interdisciplinary efforts.

Today, the Caoxiedun Hometown Culture Association is creating employment opportunities and helping pass down a traditional craft through care for the land, community, and environment. As the straw craft culture is rooted ever more deeply in Caotun, the association is helping make the township a model of living arts and sustainable crafts.