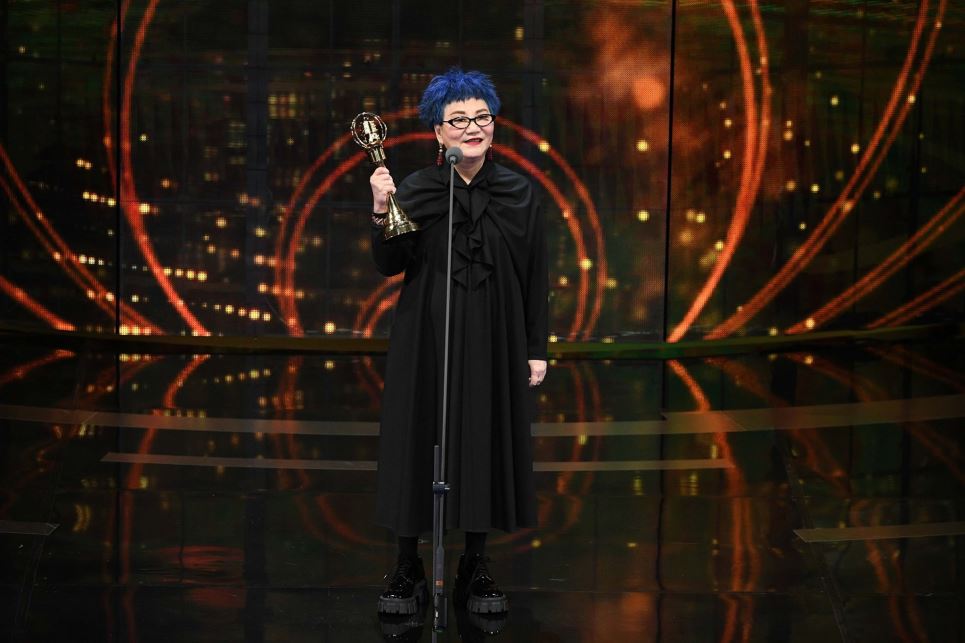 Throughout her trendsetting career spanning 66 years, show business icon and "Godmother of Taiwanese Variety Shows" Chang Hsiao-yen has transformed standard variety shows, launched careers for Asian pop stars, and won the hearts of viewers across Asia. For as long as Taiwan has had television shows, viewers have seen her on their television screens. She has an irreplaceable position in the entertainment industry.

Chang's parents moved to Taiwan from Shanghai during the late 1940s. At the age of five, she joined the showbiz world after winning a national dance competition, participating in a number of stage performances before starring in her first film as a young goddess Matsu in 1955.

At the age of 10, she won the Asia-Pacific Film Festival Best Child Star Award for the film "Regrets (歸來)," and again won the award for three consecutive years, becoming the most well-known child star among viewers in Hong Kong and Taiwan. It was also the first time that a Taiwanese film won an award at the Asian-Pacific Film Festival.

When the first television station was launched in Taiwan as Taiwan Television Enterprise (TTV), Chang was immediately invited to become a member of their main acting troupe. In 1978, Chang switched to Chinese Television System (CTS) to host her own variety show "Variety 100," which had extremely high viewership and made her a household name.

"Variety 100" used many short dramas and activity sections interspersed within the singing segments, which made it different from the other variety shows of that time and further increased its popularity. She went on to produce and host many more well-loved television variety shows and talk shows, including "Super Sunday (超级星期天)," "Million-Dollar Class (百萬小學堂)," and "SS Hsiao-yen Night (SS小燕之夜)."

She has been nominated for the Golden Bell Awards Best Variety Show Host 17 times, and has won 6 times, becoming the only individual to receive this award this many times. She was also named Best Leading Actress by the 17th Golden Bell Awards in 1982 and is the only person in Golden Bell history to win in both the television drama and variety show categories. Chang was also named by Taiwanese readers of Reader's Digest as the "Most Trusted Variety Show Host" for three times.

"A good actress should be multi-dimensional. Comedy, tragedy, whatever it may be, there are no roles she cannot do. For example, it is very difficult to play a fool, but I'm glad that I got the chance to do so," Chang said during an interview. In addition to her performances, Chang is a successful behind-the-scenes producer for music records, cable and satellite channels, and radio shows.

She might be an extremely well-known celebrity, but to her peers, she is also very approachable, hard-working, and always exudes warmth and modesty. She assists many younger artists in adjusting to the entertainment industry and helps promote television variety show hosts, musicians, and radio DJs.

As a television host for over half a century, Chang has had the courage to meet the challenge of the ever-changing tastes of her followers. Every time she returns to the television screen, audience members are reminded of her innovative creativity and how her classic hosting style will never go out of fashion in Taiwan.

Chang received the 54th Golden Bell Lifetime Achievement Award in 2019. Accepting the accolade from Minister of Culture Cheng Li-chiun, she proceeded to thank everyone for supporting her and expressed gratitude for those who made it possible for her to pursue her passion: "Thanks to all the viewers out there for inviting me into their living rooms by turning on their televisions."

The classic television programs she has created will continue to accompany viewers of all ages and become a collective memory among multiple Taiwanese generations.