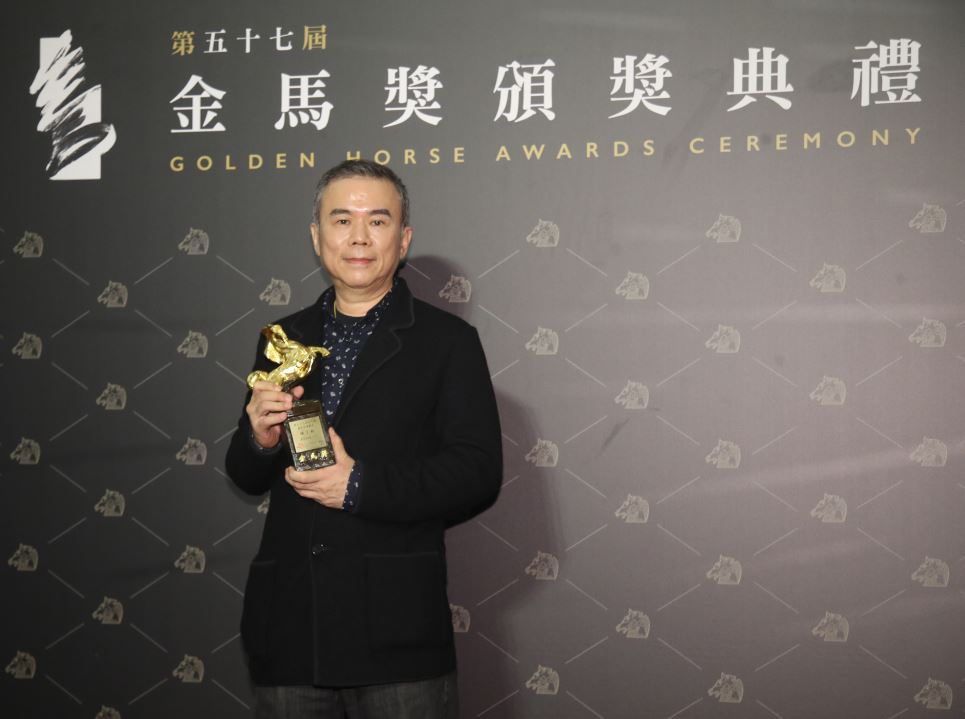 Name:  陳玉勳
Date of Birth: June 21, 1962
Place of Birth: Taipei, Taiwan
Did You Know That...?
Chen Yu-hsun is famous in Taiwan's film world for his comedies. With a mind overflowing with imagination and an awe-inspiring creative talent, he has always had all the hallmarks of an outstanding comedy director. Even his television commercials have had audience in stitches, from the one for a herbal lozenge brand which was inspired by the tale of Lady Meng Jiang wailing down a section of the Great Wall of China to the one for a brand of bottled tea featuring a sumo wrestler imitating Japanese idol Takuya Kimura.
However, bringing laughs is not a talent Chen is simply born with. As a young man, he fit squarely into the mold of the "melancholy artist," the type who would never have even imagined himself making comedies. After getting into the film world, though, he found himself eventually embracing his goofy side.


Chen Yu-hsun was born in Taipei in 1962. He earned a degree from the Department of Educational and Information Science (now the Department of Information and Library Science) at Tamkang University. During his teenage years, his parents had wanted him to graduate from university, find a job as a teacher or civil servant, and live a nice, stable life. However, Chen had an absolutely terrible time with school, and as he fell behind in high school, he began to doubt about himself and was falling into depression. The depressive mood led him to wallow in rock music instead of focusing on his studies. As he failed the Joint College Entrance Exams, he decided to finish his military service first.

During his year of service, Chen encountered peers from different backgrounds, circumstances, and identities, and he began to develop an interest in people and characters. After successfully entering university, he volunteered to work as a studio assistant for the Department of Mass Communication. This led to an opportunity of internship at director Wang Shau-di's (王小棣) Minxin Studio (民心工作室), and to the finding of his life's true love—telling stories through images.

After graduating, Chen moved into working on TV dramas, serving as writer-director on series including "Hen and Duckling (母雞帶小鴨)," "Ngasal Maku — My Home (納桑嘛谷－我的家)," and "A Space for the Little People—Are We Angels? (小市民的天空—我們算不算是天使)" In 1993, when the Government Information Office launched the "Year of Film" incentive program, Chen earned a Taiwanese Film Grant with a short film of his script directed by him. Two years later, he made his feature film debut with "Tropical Fish (熱帶魚)." It was a film full of joy, with even the kidnappers seeming pleasant and lovable, but amid the laughter, it also presented sharp critiques of many unreasonable social phenomena.

The Taiwanese film industry hit a slump starting in the late 1980s, and production volume fell. People were unwilling to invest in local movies, and as a result, Chen's movie producing career was also impacted. After completing his second film, "Love Gogo (愛情來了)," in 1997, Chen Yu-hsun stopped making movies for quite a while, and even spent a couple of years completely out of work. In a recent media interview, Chen revealed that at his lowest, his income for a whole year was just NT$80,000. For ten long years without film work, he moved into shooting commercials, making a number of well-remembered and entertaining advertisements. In 2013, he made his return to cinema with "Zone Pro Site (總鋪師)," a film that became a national sensation and made Chen a massive box office success.

From both "Tropical Fish" and "Love Gogo," it is clear that Chen has a particular talent for comedies centered around ordinary people, focusing on the simple strength of each character as shown through the feelings most relatable to him—love, kinship, and friendship. The commercials he shot were full of a distinctively Taiwanese sense of humor, and he has shown a gift for bringing out the particular comedic qualities of his actors. For example, comedic actor Lin Mei-hsiu actually got her start as a stage actor, but thanks to her turns in Chen’s herbal lozenge commercials, she quickly became an A-list celebrity.

Chen has remarked that the general public tends to treat comedy lightly, as just a way to get some laughs but with nothing of substance to offer, but Chen doesn’t think of himself as "just" making comedies. In the past, he has shared, since he didn’t want to bring the audience down with tragic stories, he turned to comedy so he could present "tragic" stories through humor. His goal is to give his audience a comfortable, fun time when they watch his films, and, at the same time, to give them something to learn from.

Over his 32 years in cinema, Chen Yu-hsun has been nominated for a number of awards, including the Golden Leopard at the Locarno International Film Festival and the Golden Horse Best Original Screenplay (which he won) in 1995, as well as an Outstanding Screenplay Award from the Government Information Office in 1996.

In 2020, nearly a decade after his last film, Chen returned with "My Missing Valentine (消失的情人節)." With a script that had been brewing for some 20 years, the film went on to take the Best Feature Film, Best Director, Best Original Screenplay, Best Visual Effects, and Best Editing Awards at the 11th Golden Horse Awards.

When asked in an interview about his future directorial direction, Chen said that he felt he was getting old, and, since making movies requires so much brainpower, physical endurance, and passion, he wasn't sure if he'd even be able to carry on in the film industry. However, if he has the chance, he would be interested in trying his hand at a mystery thriller, which would be a new challenge for him.