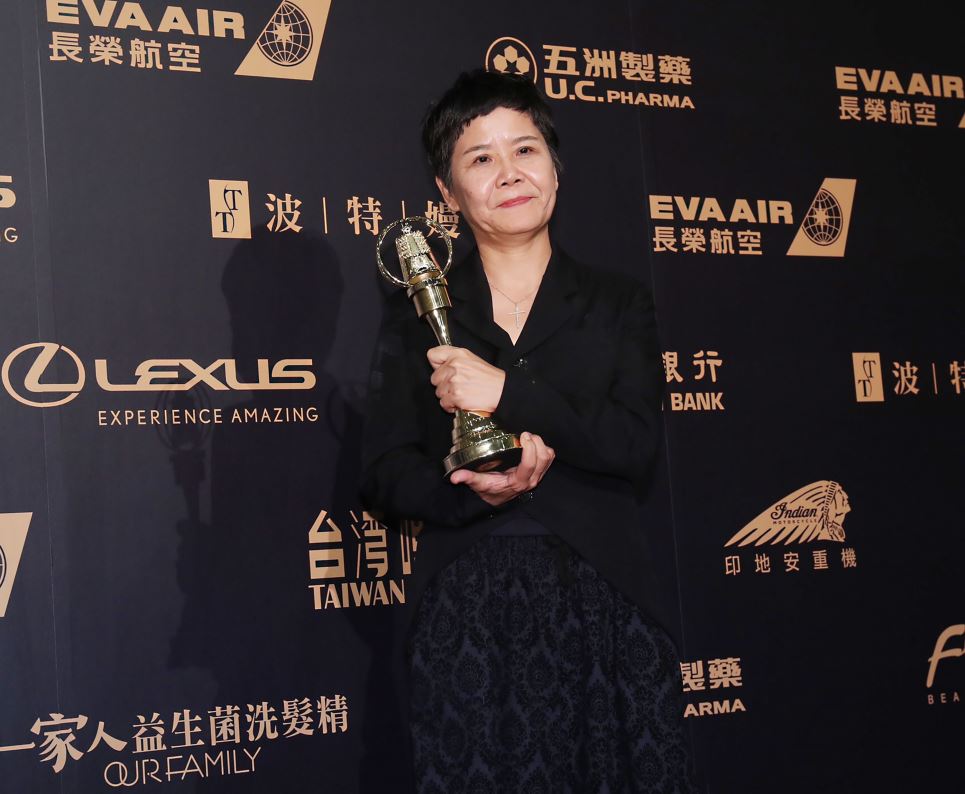 ‧ Chinese Name: 呂蒔媛
‧ Date of Birth: February 28, 1964
‧ Place of Birth: Taiwan
‧ Did You Know?
A self-proclaimed "social education screenwriter," Lu Shih-yuan has won three Golden Bell Awards for drama screenwriting and has been a writer for Taiwan Television, a film writer, and a producer. Her most iconic works include "Long Day's Journey into Light," "Dear Ex," "The World Between Us," and "The Arc of Life." Building on a solid foundation of fieldwork, Lu has proven adept at writing about social issues with wit and dignity, striving to provide a variety of perspectives by exploring the societal factors that underpin the stories she tells.

After graduating with a degree in Theatre Arts from Chinese Culture University, Lu Shih-yuan got her start as an editor at Videoland TV. However, she soon realized that she was a good fit for editing work and switched to production, going on to produce shows like "Long Day's Journey into Light" and "Holy Ridge." In 2006, she was nominated for a directing award at the 41st Golden Bell Awards for the show "Holy Ridge," but still eventually made a career transition and became a screenwriter instead.

In 2007, the first show Lu penned hit screens. "The X-Family" was a huge success, laying the foundation for future scripts, and in just a few years, she went on to have a variety of shows, including "Rolling Love," "K.O.3an Guo," "Camera," and "Ni Yada" also reach audiences, building up a reputation for her screenwriting prowess.

Three years after "The X-Family," she won the Best Screenwriting award at the 45th Golden Bell Awards for "The Kite Soaring." Five years later, in 2015, she won again for "Long Day's Journey into Light," and then in 2019 for "The World Between Us," a "social realism" drama for the Public Television Service.

"The World Between Us" was a huge success for its quality content, and that same year, Lu won two major international awards for her work—the Best Screenplay Award at the Asian Content Awards, part of the Asian Film Market at the Busan International Film Festival (the only Taiwanese show to win the award) and Best Original Screenplay at the 2nd Asian Academy Creative Awards.

Lu has said that in the past, when she was working as a producer, she needed to handle almost everything personally, right down to wrangling crowds, while as a writer, the only person she has to wrangle is herself. However, her experience as a producer has helped her understand how production is done and the costs involved, making it possible for her to write scripts that take into account all aspects in a reasonable fashion.

Lu Shih-yuan has written serials, one-shots, and films, with her content largely focusing on social issues. She considers herself a “social education screenwriter,” specializing in writing about meaningful subjects that can seem unappealing and commercially unviable. This has become even more pronounced since she has become a mother. She says that her aim is to have her children grow up into a world that is better than the one we are in now.

"The World Between Us," "Dear Ex," and "The Arc of Life" are all well-known shows that demonstrated a strongly realistic style and concern for social phenomena. Through them, Lu has highlighted sensitive spots that society prefers to avoid talking about, aiming to help heal these wounds. For Taiwan to be able to produce more realistic shows on social issues, she says, it is crucial to have the support of a platform.

Her talent, Lu says, is not so much in screenwriting itself as it is in analyzing real people and stories from different perspectives and presenting them in toto to audiences. She hopes that as a screenwriter, she can help people better understand those who are different from themselves; even if they can’t agree with their behavior, they can still try to understand the reasons behind it, thus helping prevent tragedies from happening again.

After she finishes a work, Lu tries to guess how the audience will react, whether they will resent or reject the characters of the story. However, in the end, this is unpredictable, and so she strives to keep an even keel, confident in the knowledge that she has done her absolute best in the screenwriting process.