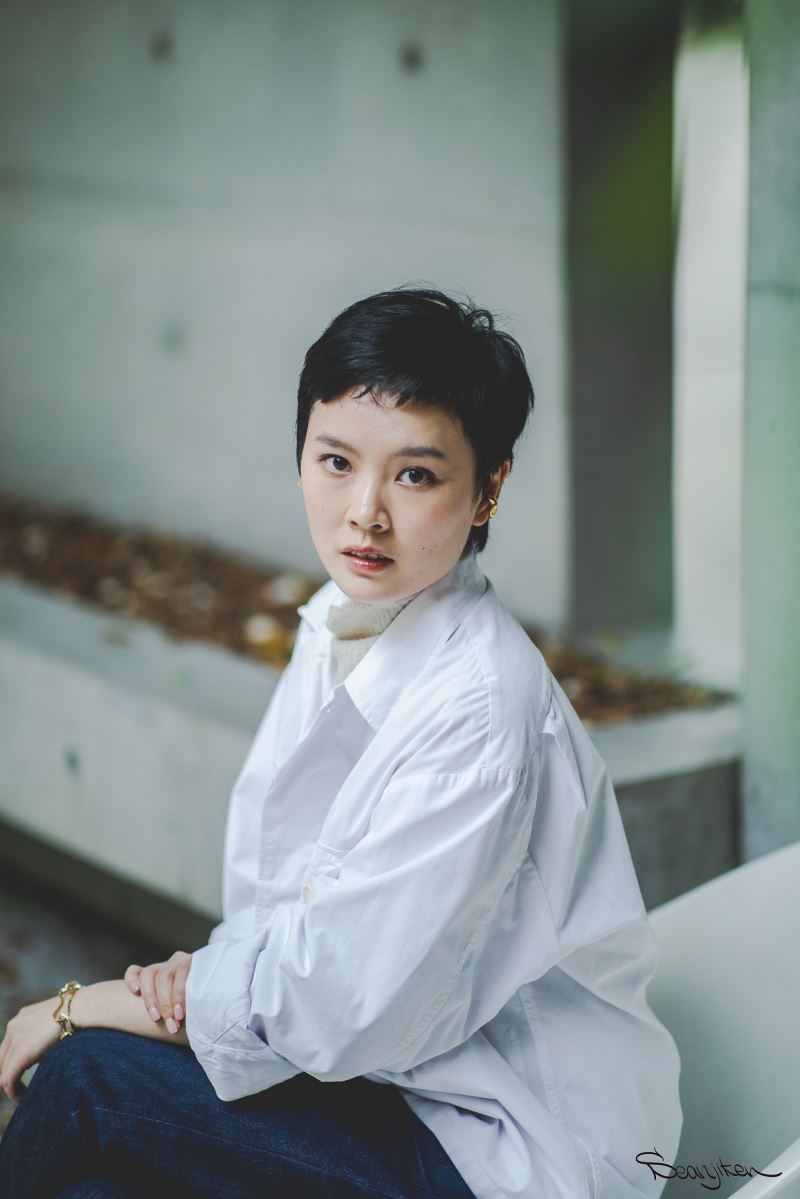 Feng-I Fiona Roan was born in Xindian District, New Taipei City, Taiwan. In 1997, she moved to Salem, Oregon, USA, with her mother and sister. In 2003, her mother was diagnosed with cancer, and so the family returned to Taiwan so she could pursue treatment. She graduated from Our Lady of Providence High School, a private high school in New Taipei City, The Affiliated Senior High School of National Taiwan Normal University, and the Chinese Literature program at National Taiwan University.

Feng-I Fiona Roan discovered a love for Chinese fairy tales at an early age. While living in the United States between the ages of 7 and 12, she began reading fairy tales due to environmental factors, and after she returned to Taiwan for high school, she began to translate that love of reading into writing as well. While in high school, Roan began to look for ways to "export" expression, first in the field of literature and then in art brokerage. Before going to university, she took a year off to study in a French language school. Later, in her third year of university, she returned to France to study related art brokerage through an exchange program. She returned to Taiwan and took up work in a gallery but still found herself unable to find an outlet for expression, so after a long and winding road, she finally found herself on a journey into the world of film.

Roan's cinematic awakening can be traced back to a high school Chinese teacher who loved European art films and encouraged her in her writing. In her fourth year of college, Roan took a course in Chinese theatre, getting her first exposure to scriptwriting and finding herself immediately fascinated. Afterward, she went to New York for a summer course in film and decided to enter the film industry. Chinese literature is mainly based on lyrical traditions, Roan says, so Taiwanese students have less contact with the narrative structure for things like film scripts, which made moving into scriptwriting quite a challenge. In her films, Roan particularly cares about the flow of time. In feature films, it is crucial that the relationship between time and events is clear, and so when writing her scripts, she carefully considers how to present that relationship.

From her short film "Pap Smear (抹片檢查)," which she used for her school application, to her graduation piece "Jiejie (姊姊)," to her first feature film "American Girl," all of Feng-I Fiona Roan's films feature female protagonists. This can be traced back to the film "Thelma & Louise (末路狂花)," which Roan first watched at the age of 18. The film's portrayal of female role models was inspiring, giving her energy and influencing her future creative career direction to focus on the female perspective.

In 2014, she made her first short film "Pap Smear," which aimed to show how women internalize the stigmas about abortion imposed by society, and with it, she successfully applied for the American Film Institute. She began her studies at the conservatory the following year, studying for a Master's degree in directing, graduating in 2017. In 2018, she completed the short film "Jiejie," inspired by her own experience as an immigrant and exploring how three women adapt to and understand the new world of the United States in their own ways while confronted with the impact of layers of culture and religion. The film won the Audience Award at the Short Shorts Film Festival & Asia (Tokyo), one of the three leading short film festivals in the world, a Special Mention at the Kaohsiung Film Festival, the HBO APA Visionaries Award, and many others.

In 2021, she directed her first feature film "American Girl." The story was built on her previous film, "Jiejie." Against the background of the 2003 SARS outbreak, it tells the story of a mother and daughter who have returned to Taiwan after having moved to Los Angeles previously. In addition to adjusting to the cultural differences between the two places, the pair also face an increasingly tense familial relationship under the stresses of the outbreak. The film explores culture shock and family relationships as experienced by Taiwanese immigrants to the United States in the 1990s. It premiered at the 2021 Tokyo International Film Festival and was shortlisted in the "Asian Future" section. That same year, the film won the 58th Golden Horse Awards for Best New Director, Best New Actor, Best Cinematography, and others, making Roan the first woman in the history of the Golden Horse Awards to win Best New Director. In 2022, the film has also been nominated for 12 awards at this year's Taipei Film Festival.