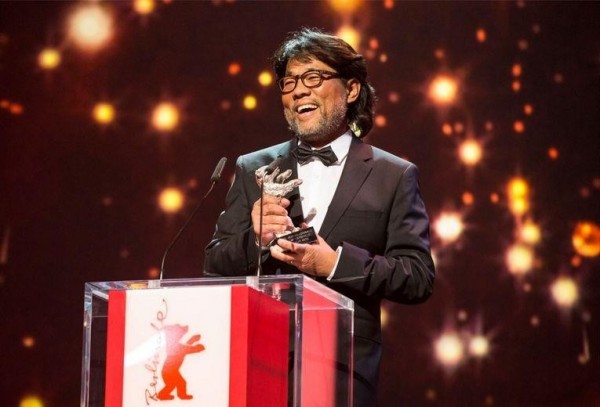 Lee Ping-bing is a critically acclaimed Taiwanese cinematographer whose unique perspective in cinematography has been praised and appreciated by many directors. He is known as "a poet of light and shadow.”

He has collaborated with internationally renowned directors such Taiwan's Hou Hsiao-hsien (侯孝賢) and France's Gilles Bourdos, and has received many accolades for best cinematography, including six from the Golden Horse Awards.

After graduating from the National Keelung Maritime Vocational High School and serving in the army, Lee entered the Central Motion Picture Co. as a trainee in 1977, and started to work as a backstage assistant for three years. Working during the heyday of the Taiwanese film industry gave Lee opportunities to acquire extensive skills in cinematography.

In 1981, Lee was asked to work for a film as a photographer director in Hong Kong, and he ended up staying in the harbor city for a decade. As a relatively young cinematographer then, he was able to capture colors according to different times and present light and colors that others could not achieve at that time.

Lee first collaborated with director Hou in 1986 for the film "A Time to Live, a Time to Die (童年往事),” and their partnership continued in Hou classics "Dust in the Wind (戀戀風塵),” "The Puppetmaster (戲夢人生),” "Goodbye South, Goodbye (再見, 南國),” "Millennium Mambo (千禧曼波),” "Three Times (最好的時光),” and "The Assassin (刺客聶隱娘).” Lee had the keen ability to capture the scenes in Hou's mind and delineate emotions with only colors.

Lee's nickname as "a poet of light and shadow” came from the Films from the South Festival (Film Frasor) in Norway. The festival hosted a retrospective exhibition of Lee in 2007 and invited him to hold workshops with Norwegian film professionals, praising Lee's deft storytelling skills and professing admiration for the lighting-and-framing master.

With a career spanning for over four decades, Lee has worked with both notable and emerging directors to experiment with different cinematic presentations of light and color. "Crosscurrent (長江圖),” his latest collaboration with Chinese director Yang Chao (楊超), has once again shown his unparalleled cinematography skills by winning the Silver Bear for Outstanding Artistic Contribution for Cinematography at the 66th Berlin International Film Festival.

*Editor's Note: The cinematographer has also been credited as 'Lee Ping-bin' and 'Mark Lee.'